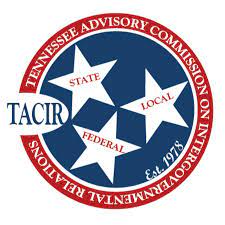 State Senator Ken Yager has been elected as Chairman of the Tennessee Advisory Commission on Intergovernmental Relations (TACIR). The 25-member group is made up of public officials from state, county and municipal governments as well as two private citizens and two members of the executive branch.

As we reported Monday, Anderson County Mayor Terry Frank has been named to the Advisory Commission as a representative of the Tennessee Development District Association (TDDA).

“I appreciate the confidence that the members have placed in me to serve in this leadership role,” said Senator Yager in a press release, adding, “I look forward to continuing to build strong relationships between state, municipal and county governments to work on solutions to substantive issues that we face together as Tennesseans.”

Since 1978, TACIR has served as a forum for the discussion and resolution of intergovernmental problems by providing “high-quality research support to state and local government officials in order to improve government effectiveness in Tennessee”, according to the release. In recent years, TACIR has provided significant research that helped formulate public policy on broadband expansion, education financing, public infrastructure, annexation and taxation.

Jim Harris has been WYSH's News & Sports Director since 2000. In addition to reporting local news, he is the play-by-play voice for Clinton High School football, boys' and girls' basketball and baseball. Catch Jim live weekdays beginning at 6:20 am for live local news, sports, weather and traffic plus the Community Bulletin Board, shenanigans with Ron Meredith and more on the Country Club Morning Show on WYSH & WQLA. Jim lives in Clinton with his wife Kelly and daughter Carolina, his mother-in-law and cats Lucius and Oliver.
Previous Anonymous donation to feed lots of pets
Next BBB: FBI pays visit to OS pharmacy