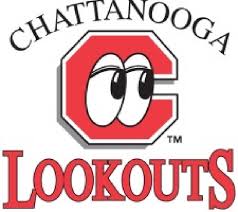 (Smokies PR) The Tennessee Smokies (11-24) dropped their series opener to the Chattanooga Lookouts (21-15), 5-3 Tuesday night at Smokies Stadium. Chattanooga jumped out to a 5-0 lead in the first three innings before a dominant effort from the Smokies bullpen allowed them to crawl back in the game.

Lorenzo Cedrola opened the scoring in the second inning with a solo home run to give the Lookouts a 1-0 lead. Chattanooga’s first four batters in their four run in the third all had base hits. Braxton Lee hit a two-run double and scored on a groundout. Cedrola added an RBI single in the inning to put the Lookouts up 5-0.

Christopher Morel hit a two-run home run with two outs in the third inning, his fifth of the season, to put the Smokies on the board. In the fifth, Nelson Maldonado led off with a solo home run, his first, to cut the deficit to 5-3. The Smokies couldn’t muster any more offense in the loss.

The Smokies’ bullpen was elite. LHP Luis Lugo struck out five over three scoreless innings and left six runners on base. RHP Manuel Rodriguez pitched a scoreless seventh in his return to the bullpen. LHP Wyatt Short pitched two perfect frames and struck out three.

The Smokies and Lookouts continue their series at Smokies Stadium on Wednesday night, with first pitch scheduled for 7 PM. LHP Ryan Kellogg (0-0, 3.24) will face off against RHP Ricky Salinas (1-1, 4.61). Wednesday night at Smokies Stadium is All You Can Eat Wednesday presented by M3 Technology. Tickets for the remainder of the series are available and can be purchased online, over the phone, or by visiting the box office.

Jim Harris has been WYSH's News & Sports Director since 2000. In addition to reporting local news, he is the play-by-play voice for Clinton High School football, boys' and girls' basketball and baseball. Catch Jim live weekdays beginning at 6:20 am for live local news, sports, weather and traffic plus the Community Bulletin Board, shenanigans with Ron Meredith and more on the Country Club Morning Show on WYSH & WQLA. Jim lives in Clinton with his wife Kelly and daughter Carolina, his mother-in-law and cats Lucius and Oliver.
Previous James Allen Snow, age 65, of Harriman
Next ‘July Jubilee’ coming to Mount Pisgah