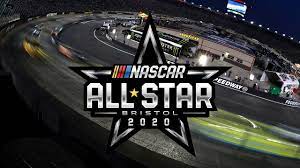 Larson was part of a frenetic three-wide move for the race lead with eight laps remaining – himself and runner-up Brad Keselowski splitting the car driven by Larson’s Hendrick Motorsports teammate Chase Elliott to make the move forward.

Larson pulled his No. 5 Hendrick Motorsports Chevrolet in front of the field and while Keselowski was able to get to his bumper a couple times thereafter, the Team Penske driver was unable to make a pass in the closing laps of the race.

It was a thrilling finish to a new six-segment, 100-lap race format – with no NASCAR Cup Series championship points on the line, but plenty of bragging rights to claim. Larson’s other All-Star Race win came in 2019 at Charlotte Motor Speedway. He is one of only eight drivers in NASCAR history to win multiple All-Star events.

This is Larson’s third consecutive victory on the schedule — counting wins at the previous two regular-season races — at Charlotte and Sonoma. He has three points-paying wins and sits second in the NASCAR Cup Series championship standings.

Larson ultimately held off Keselowski by a scant .206 seconds. Elliott was third, followed by Penske teammates Joey Logano and Blaney. Hendrick Motorsports’ other two cars — driven by Alex Bowman and William Byron finished sixth and seventh, respectively. Byron’s 30 laps out front were most on the night.

Aric Almirola, Kyle Busch and his older brother Kurt Busch rounded out the top 10 in the 21-car field.

For a complete wrap-up of Sunday’s action, follow this link.

Jim Harris has been WYSH's News & Sports Director since 2000. In addition to reporting local news, he is the play-by-play voice for Clinton High School football, boys' and girls' basketball and baseball. Catch Jim live weekdays beginning at 6:20 am for live local news, sports, weather and traffic plus the Community Bulletin Board, shenanigans with Ron Meredith and more on the Country Club Morning Show on WYSH & WQLA. Jim lives in Clinton with his wife Kelly and daughter Carolina, his mother-in-law and cats Lucius and Oliver.
Previous XFS: Busch wins for 99th time
Next Michelle Renee Wikle, age 52 of Heiskell