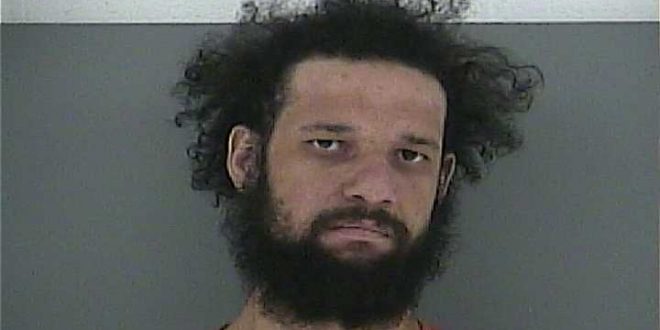 31-year old Landon Steven Bryant is facing two counts of vehicular homicide—one by recklessness, the other by intoxication—and one count each of vehicular assault, reckless endangerment, failure to maintain single lane and a first-offense DUI.

Bryant was taken first to the Campbell County Jail and later transported to the Anderson County Jail, all on the same day, Tuesday, June 15th.

The two-car accident occurred shortly after 12 noon on Monday, September 7th, 2020 on Lake City Highway, when THP Trooper Maleah Human reported that a vehicle driven by Landon Bryant of Clinton, which had been headed south, crossed over the center line and into the path of a northbound car driven by 77-year-old Donald Douglas of Rocky Top.

The two cars collided head-on, coming to rest in the roadway. The THP reported that the passenger in Douglas’s car, identified as 73-year-old Margaret Douglas of Rocky Top, was killed in the crash.

EDITOR’S NOTE: In our initial report on the accident on September 9th, 2020, WYSH mistakenly stated that Bryant was 20 years old at the time of the crash. That is not the case, as the story mentions above. We regret any confusion.

Jim Harris has been WYSH's News & Sports Director since 2000. In addition to reporting local news, he is the play-by-play voice for Clinton High School football, boys' and girls' basketball and baseball. Catch Jim live weekdays beginning at 6:20 am for live local news, sports, weather and traffic plus the Community Bulletin Board, shenanigans with Ron Meredith and more on the Country Club Morning Show on WYSH & WQLA. Jim lives in Clinton with his wife Kelly and daughter Carolina, his mother-in-law and cats Lucius and Oliver.
Previous ACSO has immediate openings at the Jail; Job Fair July 6th
Next Sandra Jean Gough, age 64, of Harriman