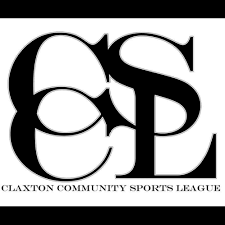 Officials with the Claxton Community Sports League said on Facebook Tuesday that they will be ending their long-running football program due to the loss of their football field.

The post indicates that Anderson County’s Director of Schools, Dr. Tim Parrott has “informed us that the school will be adding on and will take over the football field to do so.” The football field used by the youth league is on the campus of Claxton Elementary School.

The statement goes on to say that there has been no decision made yet on this winter’s basketball season, which takes place in the gymnasium at Claxton Elementary.

Reaction to the announcement online has been swift, with many people lamenting the decision and wondering what comes next.

WYSH has reached out to the school system for comment and clarification but, as of the time this report was filed, had not received a response. When we receive a reply, will pass it along to you.

The full statement is posted on the Claxton Community Sports League’s Facebook page.

Jim Harris has been WYSH's News & Sports Director since 2000. In addition to reporting local news, he is the play-by-play voice for Clinton High School football, boys' and girls' basketball and baseball. Catch Jim live weekdays beginning at 6:20 am for live local news, sports, weather and traffic plus the Community Bulletin Board, shenanigans with Ron Meredith and more on the Country Club Morning Show on WYSH & WQLA. Jim lives in Clinton with his wife Kelly and daughter Carolina, his mother-in-law and cats Lucius and Oliver.
Previous OR man behind bars, facing robbery charge
Next Debbie Crowley, age 51