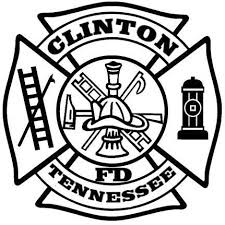 Chief Archie Brummitt says the first fire was reported shortly after midnight in a locked, fenced-in area at Pallets Plus in the JD Yarnell Industrial Park, where crews reported arriving to find a tractor-trailer fully engulfed in flames.* The fire was extinguished within a few minutes, and while no immediate cause was identified, the fire is being investigated as suspicious due to its location and witness statements that it had not been driven in some time.

At around 1:30 am, CFD was sent to Carriage Trace Apartments on a report of a chemical smell, and while leaving after addressing that issue, firefighters spotted smoke coming from the window of a different apartment. That blaze was extinguished quickly enough that the damage was limited solely to the bedroom in which the fire started, and no other units had to be evacuated. This fire is being investigated as suspicious due to the fact that the tenant was not home at the time when it started.

No injuries were reported in either incident, although fire crews were said to be somewhat dehydrated after working two incidents in such a short amount of time.

We will update you as developments warrant.

*Earlier, WYSH reported the fire was at a different business, but were informed that it was instead, their neighbors at Pallets Plus.

Jim Harris has been WYSH's News & Sports Director since 2000. In addition to reporting local news, he is the play-by-play voice for Clinton High School football, boys' and girls' basketball and baseball. Catch Jim live weekdays beginning at 6:20 am for live local news, sports, weather and traffic plus the Community Bulletin Board, shenanigans with Ron Meredith and more on the Country Club Morning Show on WYSH & WQLA. Jim lives in Clinton with his wife Kelly and daughter Carolina, his mother-in-law and cats Lucius and Oliver.
Previous Two CCSO deputies certified in dealing with clandestine labs
Next Tennessee’s 2021 Free Fishing Day is Saturday