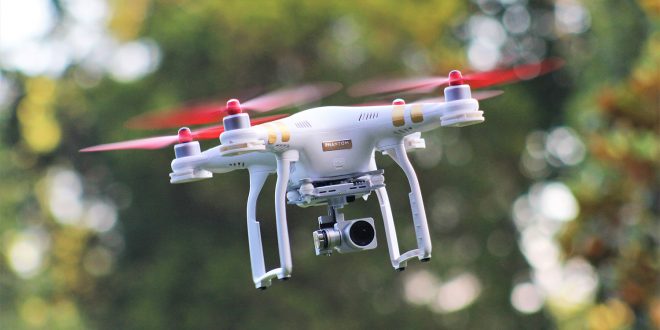 According to city officials, the drones could minimize risks to emergency responders by helping police officers and firefighters perform dangerous tasks such as responding to reports of armed people and other imminent threats, and evaluating fires and hazardous material incidents, as reported by our partners at Oak Ridge Today. Drones could also help with searches for lost people, which are often impeded by dense vegetation or delayed while waiting for all-terrain vehicles or boats.

The city recommended that the Oak Ridge City Council approve a roughly $57,000 contract with Rocky Mountain Unmanned Systems LLC for the three drones. Training would be provided and include the fundamentals of aviation, federal aviation regulations, public aircraft operations, safety management systems, community concerns about the use of drones by government agencies, state and local laws, and legal and liability issues.

The city says the purchase price of the drones, accessories, and training would be fully covered by funds provided through the U.S. Department of Energy Oak Ridge Police Department Police Response Enhancement grant.

Monday, the City Council deferred a vote on the contract for a month while city staff researches issues including privacy concerns, according to Oak Ridge Today, and will be considered next month.

Jim Harris has been WYSH's News & Sports Director since 2000. In addition to reporting local news, he is the play-by-play voice for Clinton High School football, boys' and girls' basketball and baseball. Catch Jim live weekdays beginning at 6:20 am for live local news, sports, weather and traffic plus the Community Bulletin Board, shenanigans with Ron Meredith and more on the Country Club Morning Show on WYSH & WQLA. Jim lives in Clinton with his wife Kelly and daughter Carolina, his mother-in-law and cats Lucius and Oliver.
Previous Free reading packets for K-2 students available to boost reading skills
Next Grant to allow for assessment of railroad site