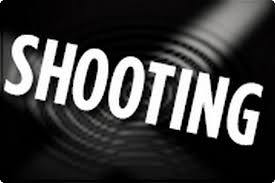 A shooting early Monday morning injured one person and Clinton Police are searching for the shooter.

Officers with the Clinton Police Department were called to the Git N Go convenience store on Clinch Avenue in South Clinton at around 5 am on a report of a shooting, and when they arrived, found an adult male outside the Git N Go suffering from at least one gunshot wound to his lower body, according to Assistant Chief Jim Campbell.

Preliminary information from witnesses indicates that a car pulled into the store parking lot, fired multiple shots at the victim and fled before officers arrived.

That individual, whose name had not been released as of the time this report was filed, was taken to UT Medical Center with what were described as “non-life-threatening injuries.” The victim was alert and conscious as he was treated at the scene, and investigators are expected to interview him sometime today at the hospital.

At this time, authorities have not released information on a suspect or a suspect vehicle, and the Criminal Investigations Unit is continuing to try and determine whether the victim knew his assailant, what motive might be behind the shooting, and answer other questions about this morning’s incident.

If you have any information regarding the shooting, Clinton Police ask that you call Lieutenant Bailey at (865) 259-1206.

As we learn more, we will pass it along to you on the air and online.

Jim Harris has been WYSH's News & Sports Director since 2000. In addition to reporting local news, he is the play-by-play voice for Clinton High School football, boys' and girls' basketball and baseball. Catch Jim live weekdays beginning at 6:20 am for live local news, sports, weather and traffic plus the Community Bulletin Board, shenanigans with Ron Meredith and more on the Country Club Morning Show on WYSH & WQLA. Jim lives in Clinton with his wife Kelly and daughter Carolina, his mother-in-law and cats Lucius and Oliver.
Previous Sherry Longmire, age 50 of Clinton
Next Lengthy chase lands Morgan woman behind bars