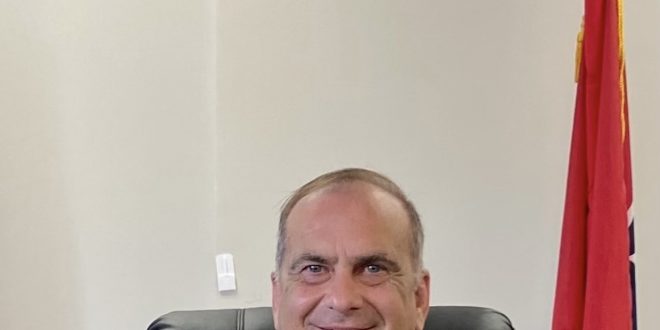 Another day, another announcement: AC Judge Miller to seek re-election

Miller obtained an Associate Degree in Applied Science from Roane State before obtaining a bachelor’s degree in the social sciences. He obtained his law degree from Samford University’s Cumberland School of Law in 1998.

He has served as General Sessions Court Judge since 2014, working as an advocate to continue providing the citizens of Anderson County convenient access to the legal justice system. “It’s an honor to serve as General Sessions Judge in Division II. This court serves Oak Ridge and surrounding areas and has saved tens of thousands of dollars annually both in reduced costs for local law enforcement and for hundreds of citizens who are victims or witnesses of crime. The Division II Court has heard over eight thousand civil cases and more than twenty thousand criminal cases since I took the bench seven years ago.” Judge Miller stated.

Judge Miller said he learned from his parents and grandparents the importance of giving back to the community. “This played a large role in my becoming a paramedic and later a judge.”

Judge Miller lives in Andersonville and has a 16-year-old son who attends Clinton High School.

Jim Harris has been WYSH's News & Sports Director since 2000. In addition to reporting local news, he is the play-by-play voice for Clinton High School football, boys' and girls' basketball and baseball. Catch Jim live weekdays beginning at 6:20 am for live local news, sports, weather and traffic plus the Community Bulletin Board, shenanigans with Ron Meredith and more on the Country Club Morning Show on WYSH & WQLA. Jim lives in Clinton with his wife Kelly and daughter Carolina, his mother-in-law and cats Lucius and Oliver.
Previous Spitzer announces run for Circuit Court Judge
Next UCOR announces $30K in STEM ‘mini grants’