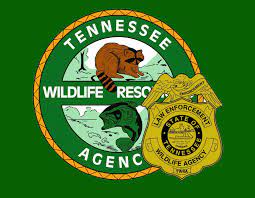 A Knoxville man was seriously injured in an early-morning ATV accident on Thursday, according to TWRA.

Investigators say that his ATV struck a rock and he lost control. The impact threw him some 80 feet and knocked him unconscious.

A friend he was riding with witnessed the crash and called 911.

Hickey was flown to UT Medical Center for treatment of his injuries.

Jim Harris has been WYSH's News & Sports Director since 2000. In addition to reporting local news, he is the play-by-play voice for Clinton High School football, boys' and girls' basketball and baseball. Catch Jim live weekdays beginning at 6:20 am for live local news, sports, weather and traffic plus the Community Bulletin Board, shenanigans with Ron Meredith and more on the Country Club Morning Show on WYSH & WQLA. Jim lives in Clinton with his wife Kelly and daughter Carolina, his mother-in-law and cats Lucius and Oliver.
Previous TBI: 28 law enforcement-related deaths in 2020
Next UCOR donates $50,000 in support of two Roane State programs