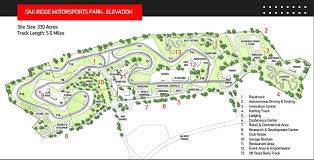 A proposed motorsports park will not be built in Oak Ridge, the developer announced Tuesday after learning that an environmental impact statement would be required, and that the study could cost several million dollars and take several years.

Rusty Bittle, developer and founding partner of the Oak Ridge Motorsports Park, said he would try to relocate the proposed project. The name will be changed as well, Bittle said.

“After more than a year of discussions between the City of Oak Ridge, Oak Ridge Industrial Development Board, and the U.S. Department of Energy, Bittle decided to relocate the project to another East Tennessee community that offers more attractive options for the project,” according to a press release.

“An East Tennessee motorsports park is a legacy project for me,” Bittle said in the press release. “The State of Tennessee has a reputation for automotive excellence, we are leading the way on advanced transportation technologies like electric vehicles, lightweight composites, and artificial intelligence. A motorsports park will help the state and host community build an international reputation for next generation transportation technologies and become a tourism destination for automotive enthusiasts.”

The project was proposed about a year and a half ago, and discussions involved the Oak Ridge Industrial Development Board and the DOE.

An environmental assessment of the development site at the Horizon Center was completed, and the City of Oak Ridge drafted a new zoning district to accommodate the special needs of the project, the press release said. It said the U.S. Department of Energy sent a letter to the IDB last week that outlined next steps.

The letter stated that “if the land uses at the Horizon Center changed from the agreed upon uses in 2003 between the City of Oak Ridge and DOE (manufacturing and processing plants, research and development, warehousing and wholesaling facilities, public or semipublic uses, offices and services industries), the IDB or ultimately ORMP would be responsible for the costs associated with the required environmental impact statement (EIS) and mitigation,” the press release said. “A motorsports park was not explicitly noted as a use; therefore, an EIS would be required for the project to proceed. The additional testing could cost an excess of $7 million and take an upwards of 3-4 years, with no guarantees that final approval would be received.”

The press release said the new locations under review are “shovel ready,” meaning the host communities have zoning in place to accommodate Bittle’s motorsports park concept and parcels with 300 acres or more contiguous property “unencumbered by governmental bureaucracy.”

You can read more by visiting our partners at www.oakridgetoday.com.

The following statement is from Oak Ridge City Manager Mark Watson in response to Bittle’s announcement to relocate the proposed motorsports park to another East Tennessee community:

“When the concept of the motorsports park was presented to the city, it provided a unique vision to develop this land that was set aside 25 years ago to be used for industrial development. The City has spent a lot of time researching this idea and while it’s a great project, it’s ultimately a matter of community choice. These kinds of facilities need a specific type of space and this is what the City had to offer. The three parcels offered by the Industrial Development Board allowed the concept to develop by using the gentle contours of the land in a very unique way. There was strong support for the project — both in town and regionally — and many people wanted it to remain as is, keeping the protected environmental zones.

For the foreseeable future, the land will continue to be offered for industrial development and industrial use within the restrictions established by the Department of Energy.

We want to thank developer Rusty Bittle for allowing us the opportunity to explore something completely different for our Oak Ridge community.”

Jim Harris has been WYSH's News & Sports Director since 2000. In addition to reporting local news, he is the play-by-play voice for Clinton High School football, boys' and girls' basketball and baseball. Catch Jim live weekdays beginning at 6:20 am for live local news, sports, weather and traffic plus the Community Bulletin Board, shenanigans with Ron Meredith and more on the Country Club Morning Show on WYSH & WQLA. Jim lives in Clinton with his wife Kelly and daughter Carolina, his mother-in-law and cats Lucius and Oliver.
Previous CCSO arrests 2 in March raid
Next Tuesday scores