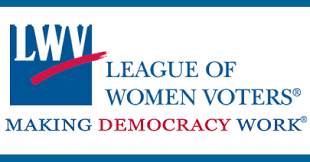 Lunch with the League to focus on political redistricting

(Information from Oak Ridge Today) Political redistricting will be discussed at Lunch with the League in Oak Ridge on Tuesday, April 20.

The virtual meeting is scheduled to start at noon April 20. It is hosted by the League of Women Voters of Oak Ridge.

The featured speaker will be Debby Gould, first vice president of the League of Women Voters of Tennessee.

She will “share information on the League’s efforts to facilitate fair and equitable redistricting in our state and nation through its People Powered Fair Maps national redistricting program, which aims to create fair political maps nationwide in all 50 states and the District of Columbia,” a press release said.

In addition to being first vice president, Gould is president-elect and the current advocacy chair for the League of Women Voters of Tennessee, the press release said. Previously, she was president of LWV Nashville and a long-time committed LWV volunteer.

“Her work career at the Nashville Public Education Foundation and later with the Peabody Research Institute of Vanderbilt University has prepared her to focus on public policies that have direct impact on communities,” the press release said.

“The 2013 Court decision dismantled the formula targeting states and localities with a history of voting discrimination for special federal oversight, thus weakening the protection of vulnerable population groups from discriminatory barriers to voting,” the press release said. “The June 2019 ruling in Rucho v. League of Women Voters of North Carolina further found that no fair test exists for courts to determine when partisan gerrymandering has gone too far. Concerned that federal courts will be hands-off in the current redistricting process, the League, therefore, launched People Powered Fair Maps to create fair and transparent, people-powered redistricting processes that eliminate partisan and racial gerrymandering nationwide.”

In her Lunch with the League presentation this month, Gould will review the League’s 2-year efforts in Tennessee and nationwide, the press release said. Drawing attention to the several pieces of legislation on redistricting that have made their appearance during this session of the Tennessee Legislature, she will address two bills in particular: SB0003/HB0971, which speaks to the issues of fair maps, and SB0957/HB1557, which provides for independent redistricting commissions.

“The impact of the redistricting decisions made in Tennessee during the next year cannot be overstated,” Gould said in the press release. “The lines drawn will literally determine the future landscape of political decisions on the federal, state, and local levels for the next 10 years. As League members, we need understand how we can be well informed and engaged in the process of redistricting as it unfolds in Tennessee.”

You don’t have to be a member of League of Women Voters to attend the April 20 virtual presentation. Members will automatically receive a link to the live presentation. Nonmembers should contact [email protected] to request the link. A couple of days after the presentation, you may view the recorded session on the League’s website at https://my.lwv.org/tennessee/oak-ridge.

Jim Harris has been WYSH's News & Sports Director since 2000. In addition to reporting local news, he is the play-by-play voice for Clinton High School football, boys' and girls' basketball and baseball. Catch Jim live weekdays beginning at 6:20 am for live local news, sports, weather and traffic plus the Community Bulletin Board, shenanigans with Ron Meredith and more on the Country Club Morning Show on WYSH & WQLA. Jim lives in Clinton with his wife Kelly and daughter Carolina, his mother-in-law and cats Lucius and Oliver.
Previous Oak Ridge eatery on the move
Next CCSO arrests 2 in March raid