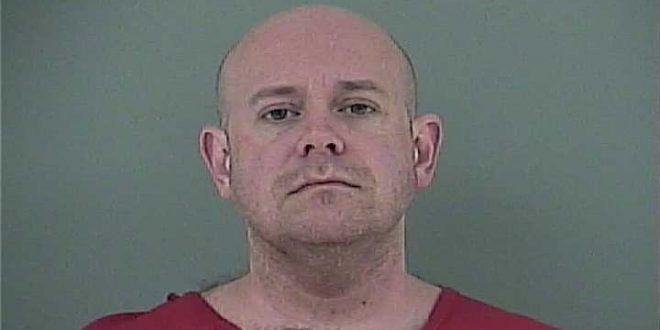 A former Anderson County Sheriff’s Department School Resource Officer was indicted last week on charges related to allegations of “inappropriate conduct” with two of the students he was sworn to protect.

36-year-old James Lawson was indicted on one count of solicitation of a minor and two counts of solicitation of a minor to observe sexual conduct by electronic means. Lawson, who began working as an SRO at Clinton High School in August of last year, resigned on December 10th, the same day that the allegations were brought to the attention of school administrators and the Sheriff’s Office.

In a Friday press release, Sheriff Russell Barker praised the efforts of his office staff as well as the school administrators, saying, “I’m proud of how quick and professional my staff and school officials handled this incident. The criminal behavior exhibited by James is incomprehensible. Conduct such as this will not be tolerated and will be handled with the strongest means of enforcement at my disposal. I especially applaud the victims in this case for their bravery and strength to come forward.”

Barker also stated that, “Our schools are filled with great teachers and administrators along with valuable young students. Likewise, our SRO unit is full of leaders who have a strong passion of protecting our schools. This incident does not and will not change that.”

Agents with the the US Marshals arrested Lawson at his Maryville home on Wednesday and he was initially booked in to the Blount County Jail before being transported the next morning to the Anderson County Detention Facility in Clinton, where he was released after posting bond.

His next court date is set for April 30th.

Jim Harris has been WYSH's News & Sports Director since 2000. In addition to reporting local news, he is the play-by-play voice for Clinton High School football, boys' and girls' basketball and baseball. Catch Jim live weekdays beginning at 6:20 am for live local news, sports, weather and traffic plus the Community Bulletin Board, shenanigans with Ron Meredith and more on the Country Club Morning Show on WYSH & WQLA. Jim lives in Clinton with his wife Kelly and daughter Carolina, his mother-in-law and cats Lucius and Oliver.
Previous No task force? No problem, as CCSO seizes cash, heroin
Next Oak Ridge Recreation & Parks 2021 Summer Camp registration opens