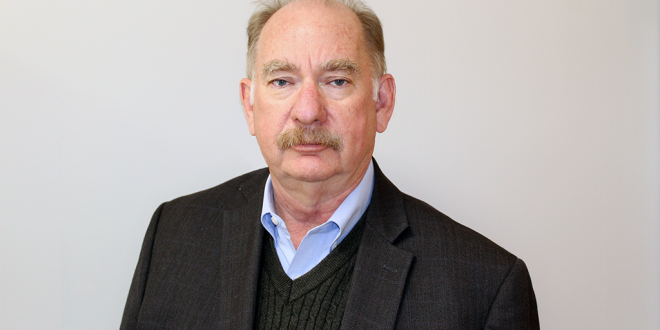 Suggs’ transition will allow for the internal growth of some of the City’s potential leaders, most immediately in the Electric Department. Ardo Ba, who is currently the department’s Electric Operations Manager, will serve as Interim Electric Director.

“The City is fortunate to have someone with a unique set of engineering, business and operations knowledge and experience who is able to step up,” Suggs said of Ba. “I am confident that I am leaving the Department in capable hands.”

Suggs joined the City of Oak Ridge in 1989 as Assistant Director of Public Works after having served in related professional positions in Texas. He moved to the role of Electric Director in 1991.

“I have been honored to serve the Oak Ridge community as part of the City’s leadership team for many years. During that time, I have developed meaningful initiatives and been entrusted with many projects both inside and outside of the Electric Department. Using this experience as a base, I look forward to working with the City Manager in addressing the wider organizational needs of the community, both project-based and programmatic,” Suggs said.

In his new role, Suggs will be able to work and facilitate several ongoing projects involving the City, including computer software implementation, a new water plant, economic development projects and the transfer of the Airport project.

“Jack and I have had a strong working relationship over the last 10 years, and I have always admired his professionalism and problem-solving skills,” said Oak Ridge City Manager Dr. Mark Watson. “With the growing workload the City is facing, having Jack in this new position will be beneficial to the community.”

Suggs’ history with the City as an effective, strategic planner and manager, supplements his experience with organizational management and supervision, measurement of employee performance, and the legal aspects of personnel administration.

He has developed and implemented policies for the Utility Business Office which resulted in significant reduction of lost revenue and improved consistent customer service.

“I am an emphatic supporter of lifelong learning who believes that to be successful, one must take advantage of personal and professional development opportunities,” Suggs said.

“Jack is an energetic and involved leader and will, without a doubt, engage in many improvements in the City in the next 2 to 3 years,” Watson said.

Jim Harris has been WYSH's News & Sports Director since 2000. In addition to reporting local news, he is the play-by-play voice for Clinton High School football, boys' and girls' basketball and baseball. Catch Jim live weekdays beginning at 6:20 am for live local news, sports, weather and traffic plus the Community Bulletin Board, shenanigans with Ron Meredith and more on the Country Club Morning Show on WYSH & WQLA. Jim lives in Clinton with his wife Kelly and daughter Carolina, his mother-in-law and cats Lucius and Oliver.
Previous Irene Penny Colyer, age 71, of Kingston
Next Details of Monday Oak Ridge Council meeting