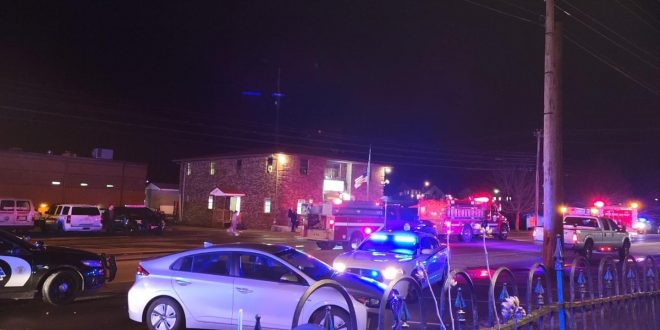 The TBI is investigating a fire that broke out in “one area of the upstairs level” of the Morgan County Sheriff’s Office on Monday night.

Ninth District Attorney General Russell Johnson says that Sheriff Wayne Potter requested that the TBI be called to assist in the investigation into how the fire started, although early indications are that it was accidental.

No one was injured, and in a Facebook post Monday night, Johnson writes, “The evidence room is intact which, after the safety of any personnel, was my main concern.”

The jail was never in danger, according to Johnson, but as a precaution, the Sheriff requested transport buses from the nearby Morgan County Correctional Complex, which were provided by Warden Mike Parris, but were not needed.

Jim Harris has been WYSH's News & Sports Director since 2000. In addition to reporting local news, he is the play-by-play voice for Clinton High School football, boys' and girls' basketball and baseball. Catch Jim live weekdays beginning at 6:20 am for live local news, sports, weather and traffic plus the Community Bulletin Board, shenanigans with Ron Meredith and more on the Country Club Morning Show on WYSH & WQLA. Jim lives in Clinton with his wife Kelly and daughter Carolina, his mother-in-law and cats Lucius and Oliver.
Previous NNSA awards uranium-purification contract to firm in Erwin over local objections
Next CCSO: Woman faces charges after Monday raid