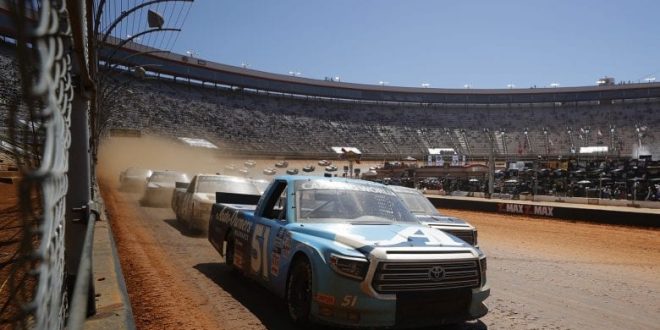 Nor was it a NASCAR Camping World Truck Series regular who took the checkered flag.

When the dust settled, Martin Truex Jr. was the unlikely occupant of Victory Lane-and a dominant one at that. Racing in the Camping World Truck Series for the first time since 2006, Truex led 105 of the 150 laps in an action-filled race that featured 12 cautions for 54 laps and saw pre-race favorite Kyle Larson and series leader John Hunter Nemechek in the garage with wrecked trucks at the finish.

It was the first career win for Truex in his third career NASCAR Camping World Truck Series start, but it was the third straight victory this season for a Kyle Busch Motorsports Toyota – and 83rd overall. Truex is the 36th driver to win in all three of NASCAR’s top touring series.

For a complete recap of Monday’s race, follow this link.

Jim Harris has been WYSH's News & Sports Director since 2000. In addition to reporting local news, he is the play-by-play voice for Clinton High School football, boys' and girls' basketball and baseball. Catch Jim live weekdays beginning at 6:20 am for live local news, sports, weather and traffic plus the Community Bulletin Board, shenanigans with Ron Meredith and more on the Country Club Morning Show on WYSH & WQLA. Jim lives in Clinton with his wife Kelly and daughter Carolina, his mother-in-law and cats Lucius and Oliver.
Previous RAM Clinic coming to Jellico in May
Next NCS: Logano wins 1st Cup Series dirt race since 1970 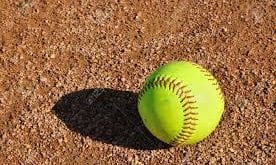