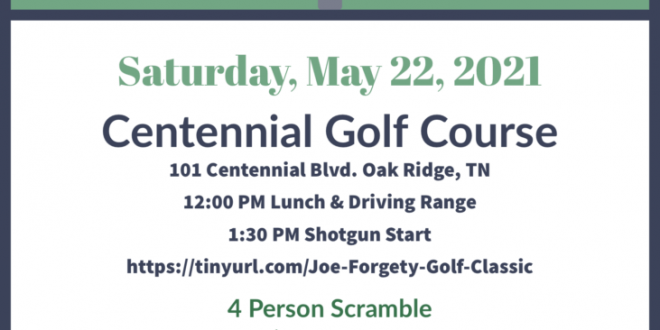 The Anderson County Chamber of Commerce hosted its Annual Business and Awards Luncheon on March 17th, at the Hollingsworth Center for Entrepreneurial Leadership (JA Biz Town) and was described by Chamber officials as “a huge success,” with over 100 people in attendance.

The theme of the event was one of celebration for the business community.

Heather Emert, the outgoing 2020 Board Chair, was recognized with a plaque and passed the gavel to the 2021 Board Chair Tammy Gross.

Among the awards handed out on the 17th was a newly-created one called the Legacy Award, which was presented to the Fox Family in recognition of 75 years of service to the Anderson County, and East Tennessee, community. The Fox Family announced at the beginning of this year announced the sale of their family business to a group out of Kentucky.

Officials also announced a partnership with The Education Foundation for Anderson County and Clinton City Schools to put on the First Annual Joe Forgety Memorial Golf Classic on Saturday, May 22nd at Centennial Golf Course in Oak Ridge, with proceeds going to the Joe Forgety Scholarship Fund. This fund was established late last year by Mr. Forgety’s family after his passing to honor his memory as a longtime educator and beloved member of the community. The family has hopes of raising enough money to create an endowment that will always provide a scholarship in Joe’s Memory.

You can learn more about the tournament by following this link.

Jim Harris has been WYSH's News & Sports Director since 2000. In addition to reporting local news, he is the play-by-play voice for Clinton High School football, boys' and girls' basketball and baseball. Catch Jim live weekdays beginning at 6:20 am for live local news, sports, weather and traffic plus the Community Bulletin Board, shenanigans with Ron Meredith and more on the Country Club Morning Show on WYSH & WQLA. Jim lives in Clinton with his wife Kelly and daughter Carolina, his mother-in-law and cats Lucius and Oliver.
Previous GSMNP invites everyone to new Storybook Trail
Next Anderson County Fairest of the Fair applications to open April 1