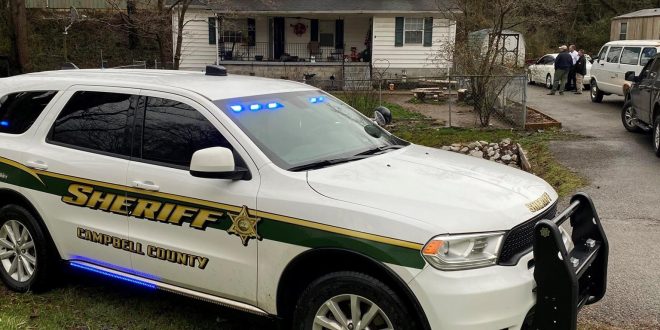 Monday, deputies with the Campbell County Sheriff’s Office and officers with the Caryville Police Department executed a narcotics search warrant at the home of Shaunna Danielle McKinney on Hollow Lane in Caryville.

The CCSO says the warrant was obtained following a five-month-long investigation during which operatives allegedly made several undercover purchases of substances believed to be meth from McKinney. During Monday’s search, deputies reported finding substances believed to Neurontin, as well as drug paraphernalia and other evidence that indicated McKinney “has been selling narcotics for a lengthy period of time.”

McKinney’s case will be presented to the Grand Jury once the investigation is complete, according to the CCSO.

A man identified as John Steven Cotterman was arrested on scene for active arrest warrants on unrelated charges of theft and driving with a revoked license.

Jim Harris has been WYSH's News & Sports Director since 2000. In addition to reporting local news, he is the play-by-play voice for Clinton High School football, boys' and girls' basketball and baseball. Catch Jim live weekdays beginning at 6:20 am for live local news, sports, weather and traffic plus the Community Bulletin Board, shenanigans with Ron Meredith and more on the Country Club Morning Show on WYSH & WQLA. Jim lives in Clinton with his wife Kelly and daughter Carolina, his mother-in-law and cats Lucius and Oliver.
Previous Fire at Morgan County Sheriff’s office injures no one, probe underway
Next HSBB: Oak Ridge girls eliminated; Clinton boys hit road for Bearden