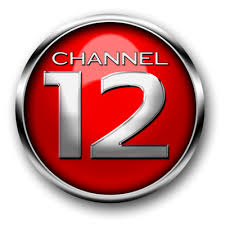 According to our partners at BBB-TV, the Oak Ridge Police Department is leading the investigation into the discovery of a woman’s body in Roane County on Friday.

A woman’s body was found inside a car at the old Norman’s Market property at the intersection of Highway 70 and Gallaher Road, east of Kingston, according to BBB. The Roane County Sheriff’s Office says that she has been identified as 35-year-old Britanie Davis of Oak Ridge. No obvious cause of death was visible and her body was sent to the Regional Forensics Center for an autopsy.

Oak Ridge Police have reportedly taken over as the lead investigative agency as early indications point to her having died somewhere else and her body brough to the location where it was found.

Jim Harris has been WYSH's News & Sports Director since 2000. In addition to reporting local news, he is the play-by-play voice for Clinton High School football, boys' and girls' basketball and baseball. Catch Jim live weekdays beginning at 6:20 am for live local news, sports, weather and traffic plus the Community Bulletin Board, shenanigans with Ron Meredith and more on the Country Club Morning Show on WYSH & WQLA. Jim lives in Clinton with his wife Kelly and daughter Carolina, his mother-in-law and cats Lucius and Oliver.
Previous Comptroller report details allegations against LaFollette mayor
Next NNSA awards uranium-purification contract to firm in Erwin over local objections