Gibbs took the lead on a restart in double overtime and held off the field by a comfortable 1.726 seconds at the finish line, dropping to his knees to reflect after climbing out of his No. 54 Joe Gibbs Racing Toyota – a car owned by his grandfather, NASCAR Hall of Famer Joe Gibbs.

With his win in the Super Start Batteries 188 at Daytona Presented by O’Reilly, Gibbs becomes only the sixth driver to win in his first series start – matching a feat achieved by NASCAR Hall of Famer Dale Earnhardt in 1982 and most recently, Kurt Busch, 15 years ago.

Jim Harris has been WYSH's News & Sports Director since 2000. In addition to reporting local news, he is the play-by-play voice for Clinton High School football, boys' and girls' basketball and baseball. Catch Jim live weekdays beginning at 6:20 am for live local news, sports, weather and traffic plus the Community Bulletin Board, shenanigans with Ron Meredith and more on the Country Club Morning Show on WYSH & WQLA. Jim lives in Clinton with his wife Kelly and daughter Carolina, his mother-in-law and cats Lucius and Oliver.
Previous CWTS: Rhodes two-for-two in 2021
Next NCS: Two Daytona races, two first-time Cup winners 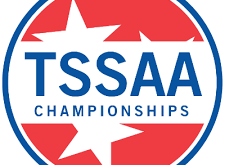