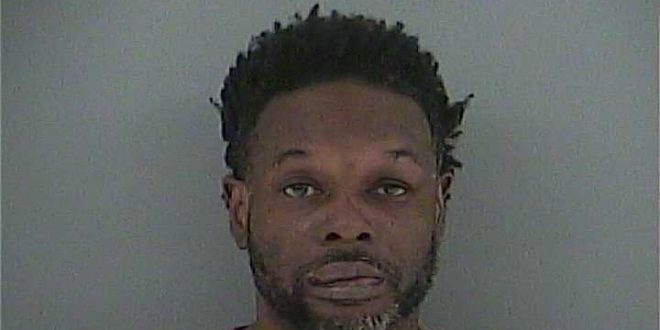 Oak Ridge man charged with second robbery, this one in Claxton

Friday, the Anderson County Sheriff’s Office announced that they had charged a man in connection to an armed robbery at the Marathon gas station and convenience store on Edgemoor Road in Claxton in late December.

43-year-old Tyrone Partridge of Oak Ridge, who was already in custody on robbery charges out of Oak Ridge, is now facing additional charges of aggravated robbery, aggravated assault, and theft in connection to an incident said to have occurred on December 29th. In that case, investigators allege that partridge entered the store, brandished a pistol and demanded that the clerk give him all the money in the register. The suspect in that case fled on foot before deputies arrived, but the clerk was able to provide investigators, led by Detective Josh Cardwell, with a physical description of the suspect and security camera footage of the robbery.

Partridge was served with the county warrants while already in custody at the Anderson County Jail, where he has been since last Monday following his arrest on charges of aggravated robbery, aggravated assault, evading arrest and resisting arrest by Oak Ridge Police in connection to an armed robbery at the J&C Market on East Tennessee Avenue the previous night. In the Oak Ridge case, Partridge is accused of shoving the clerk to the ground.

The ACSO says that “through intel and information sharing with Oak Ridge, Detective Cardwell honed in on Partridge as the suspect for the Claxton robbery which eventually led to him being charged with the December 29th crime.”

“This is a great example of two agencies working together to get a dangerous man off our streets. Detective Cardwell and the ORPD should be commended for doing a great job” Anderson County Sheriff Russell Barker stated in a press release announcing the new charges.

Partridge remains behind bars as of Monday morning at the Anderson County Jail in Clinton.

Jim Harris has been WYSH's News & Sports Director since 2000. In addition to reporting local news, he is the play-by-play voice for Clinton High School football, boys' and girls' basketball and baseball. Catch Jim live weekdays beginning at 6:20 am for live local news, sports, weather and traffic plus the Community Bulletin Board, shenanigans with Ron Meredith and more on the Country Club Morning Show on WYSH & WQLA. Jim lives in Clinton with his wife Kelly and daughter Carolina, his mother-in-law and cats Lucius and Oliver.
Previous Dragons win at Campbell County, 64-51; Weekend round-up
Next Roane State closing several campuses, including Campbell, due to weather