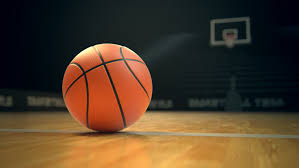 Most of the area’s high school basketball teams were in action last night (Tuesday, January 12th), with doubleheaders across East Tennessee.

On WYSH, we only had one game as the Lady Dragons of Clinton remain in COVID protocol, but Tuesday, the Dragons were in action at home against Central, with Clinton taking a 59-50 decision. For 28 of the game’s 32 minutes, Clinton was firmly in control, but after taking their foot off the gas with the big lead, saw a 20-point lead evaporate down the stretch as the Bobcats closed the game on an 11-0 run.

Clinton improved to 7-4, 3-3 in District 3AAA. Jackson Garner led the Dragons with 21 points, Rishon Bright added 14 and Lane Harrison chipped in 13, including a pair of two-handed dunks that, had they been allowed at the game would have supercharged the student section. Central fell to 7-3, 3-3 with the loss despite 13 points from Greg Moore.

(*NOTE: The Oliver Springs/Coalfield and Harriman/Oneida girls’ basketball games were also postponed due to COVID concerns)

Jim Harris has been WYSH's News & Sports Director since 2000. In addition to reporting local news, he is the play-by-play voice for Clinton High School football, boys' and girls' basketball and baseball. Catch Jim live weekdays beginning at 6:20 am for live local news, sports, weather and traffic plus the Community Bulletin Board, shenanigans with Ron Meredith and more on the Country Club Morning Show on WYSH & WQLA. Jim lives in Clinton with his wife Kelly and daughter Carolina, his mother-in-law and cats Lucius and Oliver.
Previous SBA: 1.1M PPP loans forgiven to tune of $100B+
Next Anderson County-specific COVID vaccine registration info available