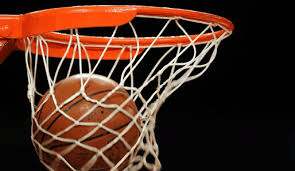 The Clinton Dragons and Lady Dragons hosted Halls on Saturday as the teams completed their regular season home-and-home series.

In game one, the Lady Red Devils completed their season sweep of Clinton with a 67-44 win despite a game-high 26 points from Sarah Burton. The Lady Dragons also got nine points (all on three three-pointers) from freshman Lydia Snyder, but could not overcome the balanced scoring attack of Halls.

In the nightcap, the Dragons unleashed a three-point barrage in the first half, connecting on 12 triples on their way to a 56-19 halftime lead, and an 80-41 thrashing of the Red Devils.

This week will be busy for Clinton, with a trip to Karns on Tuesday, followed by a visit from Central on Thursday and a third straight Saturday of hoops when the Dragons and Lady Dragons host Campbell County. All games will be heard on the Fox & Farley Full Court Press, with coverage during the week beginning with live updates from the gym on Trading Time Primetime, followed by full coverage at 7. Saturday’s doubleheader will get started with the pregame show at 5:20, followed by the 5:30 tipoff between the Lady Dragons and the Lady Cougars.

Jim Harris has been WYSH's News & Sports Director since 2000. In addition to reporting local news, he is the play-by-play voice for Clinton High School football, boys' and girls' basketball and baseball. Catch Jim live weekdays beginning at 6:20 am for live local news, sports, weather and traffic plus the Community Bulletin Board, shenanigans with Ron Meredith and more on the Country Club Morning Show on WYSH & WQLA. Jim lives in Clinton with his wife Kelly and daughter Carolina, his mother-in-law and cats Lucius and Oliver.
Previous Harriman PD raid nets two arrests
Next Judy Higdon Cowell