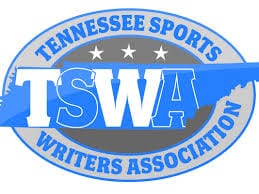 Several area high school football players are being recognized for their performances on the field in 2020, both locally and across the state.

The News-Sentinel released its All PrepXtra Football Team last week and it is littered with Anderson County Mavericks and Oak Ridge Wildcats.

Oak Ridge’s Joe Gaddis took home Coach of the Year honors after the Wildcats advanced to the state championship game in Cookeville after a 2-3 start to the season.

Congratulations to all of these student-athletes and Coach Joe Gaddis.

Jim Harris has been WYSH's News & Sports Director since 2000. In addition to reporting local news, he is the play-by-play voice for Clinton High School football, boys' and girls' basketball and baseball. Catch Jim live weekdays beginning at 6:20 am for live local news, sports, weather and traffic plus the Community Bulletin Board, shenanigans with Ron Meredith and more on the Country Club Morning Show on WYSH & WQLA. Jim lives in Clinton with his wife Kelly and daughter Carolina, his mother-in-law and cats Lucius and Oliver.
Previous Wallace “Wally” Perry Broadwell, Jr.
Next Three arrested in separate incidents in Campbell