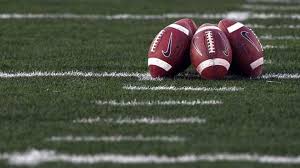 In Class 5A, the Oak Ridge Wildcats went into Knoxville and knocked off top-ranked West, 31-28, to advance to this week’s semifinal round. The Wildcats will try and punch their ticket to the Blue Cross Bowl at home Friday at Blankenship Field against South-Doyle, which ended Central’s bid for a third straight state championship, 21-14.

In Class 1A, Coalfield shut out Oliver Springs, 36-0, and will try to earn a shot at a state title with a trip to South Pittsburg on Friday.

Second-ranked, unbeaten Maryville held off Dobyns-Bennett, 35-28, to set up a showdown with top-ranked Oakland Friday in Murfreesboro. Both teams are 13-0 and this will be the seventh straight year they meet in the postseason.

Alcoa took care of Gatlinburg-Pittman, 49-13, and will travel to Red Bank—which eliminated Loudon—in a Friday semifinal.

Jim Harris has been WYSH's News & Sports Director since 2000. In addition to reporting local news, he is the play-by-play voice for Clinton High School football, boys' and girls' basketball and baseball. Catch Jim live weekdays beginning at 6:20 am for live local news, sports, weather and traffic plus the Community Bulletin Board, shenanigans with Ron Meredith and more on the Country Club Morning Show on WYSH & WQLA. Jim lives in Clinton with his wife Kelly and daughter Carolina, his mother-in-law and cats Lucius and Oliver.
Previous CHS, AC hoops all split Saturday doubledips
Next JUST IN: Roane County Executive issues mask mandate 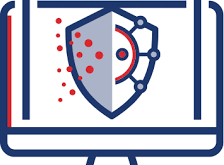