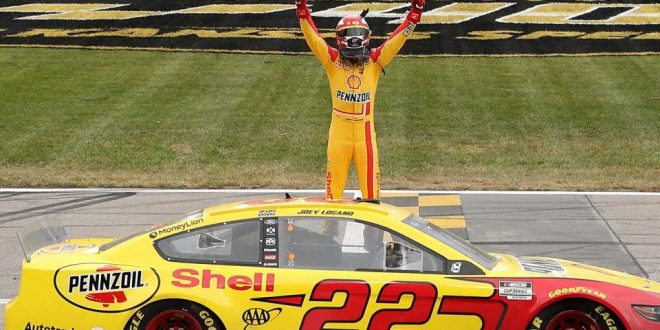 (NASCAR.com) Joey Logano held off Kevin Harvick by a scant .312 seconds in a high-speed duel to the checkered flag to win the Hollywood Casino 400 Playoff race at Kansas Speedway on Sunday and earn the first position in the NASCAR Cup Series Championship 4 that will settle the season title Nov. 8 at Phoenix Raceway.

Logano’s No. 22 Team Penske Ford beat Harvick’s No. 4 Stewart-Haas Racing Ford off pit lane and then successfully held off the 2020 regular-season champion for the final 45 thrilling laps – the two former series champions putting on a master class in pursuit and defense.

With the victory, Logano secured his place in the title race. Harvick is now second in the playoff outlook with a healthy 41-point edge on fifth-place Chase Elliott. Hamlin is third in the standings, 20 points up on Elliott in the first spot outside the Championship 4 cutoff. Keselowski, in the final transfer position, is eight points up on Elliott.

Despite his third-place finish, Bowman is ranked sixth, 27 points behind fourth-place Keselowski. Truex, who made a valiant run up through the field to finish ninth after starting last, is now seventh, 31 points below the cutoff. Kurt Busch is in a must-win situation with a 73-point deficit.

Jim Harris has been WYSH's News & Sports Director since 2000. In addition to reporting local news, he is the play-by-play voice for Clinton High School football, boys' and girls' basketball and baseball. Catch Jim live weekdays beginning at 6:20 am for live local news, sports, weather and traffic plus the Community Bulletin Board, shenanigans with Ron Meredith and more on the Country Club Morning Show on WYSH & WQLA. Jim lives in Clinton with his wife Kelly and daughter Carolina, his mother-in-law and cats Lucius and Oliver.
Previous XFS: Briscoe dominates and secures spot in Championship 4
Next Early Voting continues at record-setting pace across TN 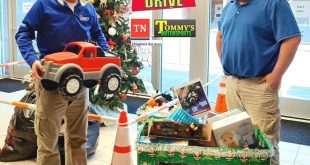 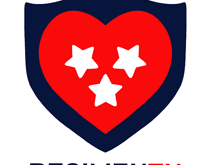