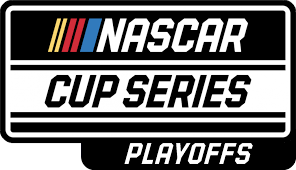 (NASCAR.com) In only his fifth NASCAR Cup Series season, Chase Elliott is proving himself a road course master, easily besting the field Sunday at the Charlotte Motor Speedway Roval and more importantly, the 24-year old continues to establish himself as a perennial championship contender.

Elliott’s win in the Bank of America ROVAL 400 Playoff race was his fourth consecutive road course victory, a mark of excellence shared only with NASCAR Hall of Famer Jeff Gordon, who won six straight road course races. It’s his second consecutive win in this race and Sunday’s trophy is an automatic qualifier for Elliott into the three-race Playoff Round of 8, which begins next week at Kansas Speedway.

Elliott’s No. 9 Hendrick Motorsports Chevrolet tied teammate William Byron for most laps led – a race best 26 laps on the day including the final 18, as he held off runner-up Joey Logano by a healthy 3.895-seconds to earn his third win of the year.

Erik Jones, Kurt Busch and Ryan Blaney rounded out the top five. Elliott’s Hendrick Motorsports teammate William Byron was sixth, followed by Martin Truex Jr., Hendrick driver Alex Bowman, rookie Cole Custer and Clint Bowyer, who was trying to race his way into the next Playoff round but did not move forward despite the top 10 effort.

The Roval was the second round Playoff cut-off race – sending eight drivers forward and eliminating title hopes for four. None of those four drivers – including reigning NASCAR Cup Series champion Kyle Busch – still needing to gain points to advance, were able to improve positions Sunday afternoon.

Busch, Bowyer, Austin Dillon and Aric Almirola have dropped out of championship eligibility as the series moves on to Playoff races in Kansas, Texas and Martinsville, Va. before the Nov. 8 championship finale in Phoenix.

The Playoffs standings were reset following the Roval checkered flag with regular-season champion Kevin Harvick, a nine-race winner, topping the chart by 13 points over Denny Hamlin. Brad Keselowski is 32 points back in third place followed by Elliott, Logano, Truex, Bowman and Kurt Busch, who won his way into the next round with a victory at Las Vegas three weeks ago.

Kyle Busch’s exit marks the first time a reigning series champion did not advance to the Round of 8 and it will mark the first time in six years that Busch was not part of the Championship 4 that decides the sport’s ultimate trophy.

Jim Harris has been WYSH's News & Sports Director since 2000. In addition to reporting local news, he is the play-by-play voice for Clinton High School football, boys' and girls' basketball and baseball. Catch Jim live weekdays beginning at 6:20 am for live local news, sports, weather and traffic plus the Community Bulletin Board, shenanigans with Ron Meredith and more on the Country Club Morning Show on WYSH & WQLA. Jim lives in Clinton with his wife Kelly and daughter Carolina, his mother-in-law and cats Lucius and Oliver.
Previous XFS: The ‘Dinger’ wins at the Roval; 4 drivers ousted from playoffs
Next HSFB: Dragons remain winless; rest of Week 8 scores, Week 9 schedules 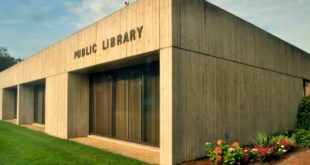