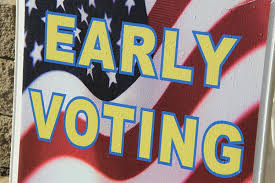 Huge early voting numbers all across the state

On Wednesday, Tennessee Secretary of State Tre Hargett announced that it had only taken six days of early voting to top the one-million-voter turnout threshhold.

Through the sixth day of early voting in Tennessee (which was Tuesday, October 20th), 1,085,384 voters had already cast their ballots for the Nov. 3 presidential election.

Hargett credited the safety precautions taken by county election commissions in part for the large turnout, as election officials across the state have stepped up to make sure that Tennessee voters feel confident and safe when voting in Tennessee.

Statewide, that turnout represents a nearly-47 percent increase of in-person and absentee by-mail voters compared to 2016, with each county reporting higher numbers than ever before.

“At this rate, we are on pace to break the state’s previous early voting turnout record, set during the last presidential election,” said Coordinator of Elections Mark Goins.

In Anderson County, at the close of the polls on Wednesday, the seventh day of the early voting period, a total of 15,412 people had already voted. To put that in to perspective, that figure represents 32.5% of Anderson County’s 47,348 registered voters. 2382 paper ballots are included in that figure, which includes both absentee by-mail ballots and ballots collected from area nursing homes.

Voter turnout in Anderson County has been pretty well spread out among the three polling locations, with 4812 people having voted at the Midtown Community Center in Oak Ridge, 4772 casting ballots at the fair Association Building in Clinton and 3444 at the North Anderson Government Office in Andersonville. While turnout has been robust, Wednesday did mark the slowest full day of early voting so far, with 1970 people hitting the polls yesterday, the first non-Saturday to see totals below 2000 individual voters.

4025 Campbell County voters have cast ballots, including 584 on Wednesday.

While visiting the polls, Tennesseans are encouraged to wear a face covering and maintaining a six-foot distance from poll officials and other voters. Voters planning to vote early or on Election Day will need to bring valid photo identification to the polls. A Tennessee driver license or photo ID issued by the Tennessee Department of Safety and Homeland Security, Tennessee state government or the federal government are acceptable even if they are expired. College student IDs are not acceptable. More information about what types of ID are acceptable can be found on www.sos.tn.gov or by calling toll free 1-877-850-4959.

Jim Harris has been WYSH's News & Sports Director since 2000. In addition to reporting local news, he is the play-by-play voice for Clinton High School football, boys' and girls' basketball and baseball. Catch Jim live weekdays beginning at 6:20 am for live local news, sports, weather and traffic plus the Community Bulletin Board, shenanigans with Ron Meredith and more on the Country Club Morning Show on WYSH & WQLA. Jim lives in Clinton with his wife Kelly and daughter Carolina, his mother-in-law and cats Lucius and Oliver.
Previous Clinton Library to enter Phase 2 of reopening plan
Next Layna-Lee Michelle Campbell, age 31, of Rockwood 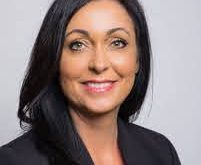 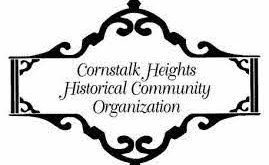