XFS: Briscoe reaches 8 wins, moves on to round 2

(NASCAR.com) Chase Briscoe began his 2020 NASCAR Xfinity Series Playoff run at Las Vegas Motor Speedway Saturday night just as he has competed so much of the regular season – out front.

Briscoe led a dominating and career-high 164 of the 200 laps, and swept both stage victories in the Alsco 300 playoff opener en route to his series-best eighth victory of the season. He joins NASCAR legends Sam Ard and Jack Ingram as the only drivers to amass eight wins in the opening 27 races of an Xfinity Series season.

Briscoe’s No. 98 Stewart-Haas Racing Ford beat Las Vegas native Noah Gragson’s No. 9 JR Motorsports Chevy by a healthy 1.370 seconds – with Briscoe forced to hold off the field on a late, furious restart with 10 laps remaining.

The victory earns the 25-year-old Indiana-native Briscoe an automatic bid into the second round of the playoffs with two races – Talladega Superspeedway and the Charlotte Roval – still remaining in the opening round. It’s the first time in his two seasons at the Xfinity level that Briscoe has swept both stage victories en route to a race win.

Daniel Hemric finished third, one of only two non-playoff drivers among the top 10 at Vegas. Playoff competitors Justin Allgaier and Ryan Sieg rounded out the top five. Regular season champion Austin Cindric was sixth, followed by Michael Annett, Anthony Alfredo (the other non-playoff driver in the top 10), Harrison Burton and Justin Haley.

Jim Harris has been WYSH's News & Sports Director since 2000. In addition to reporting local news, he is the play-by-play voice for Clinton High School football, boys' and girls' basketball and baseball. Catch Jim live weekdays beginning at 6:20 am for live local news, sports, weather and traffic plus the Community Bulletin Board, shenanigans with Ron Meredith and more on the Country Club Morning Show on WYSH & WQLA. Jim lives in Clinton with his wife Kelly and daughter Carolina, his mother-in-law and cats Lucius and Oliver.
Previous GROTS: Hill punches ticket to 2nd round
Next NCS: Kurt Busch wins at Vegas for first time, opens round 2 with victory 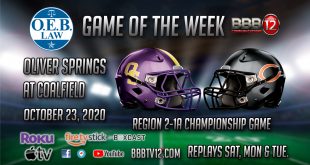