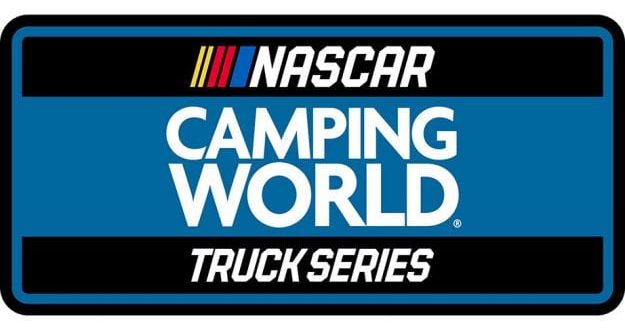 (NASCAR.com) NASCAR and Camping World announced Tuesday that after leveraging the series entitlement position to support the launch of the Gander RV & Outdoors brand, Camping World will transition back as the series partner beginning in 2021 – marking the return of the NASCAR Camping World Truck Series.

“We leveraged the series to support the successful launch of our new brand in 2019, and look forward to celebrating the 2020 NASCAR Gander RV & Outdoors Truck Series Champion in November. The next generation of the NASCAR Camping World Truck Series is right around the corner and we’re committed to the series that has delivered for our customers, fans and the entire Camping World family of brands.”

Jim Harris has been WYSH's News & Sports Director since 2000. In addition to reporting local news, he is the play-by-play voice for Clinton High School football, boys' and girls' basketball and baseball. Catch Jim live weekdays beginning at 6:20 am for live local news, sports, weather and traffic plus the Community Bulletin Board, shenanigans with Ron Meredith and more on the Country Club Morning Show on WYSH & WQLA. Jim lives in Clinton with his wife Kelly and daughter Carolina, his mother-in-law and cats Lucius and Oliver.
Previous Rodney McClellan, age 66
Next NASCAR Truck Series playoffs begin Thursday in Bristol on WYSH, WQLA