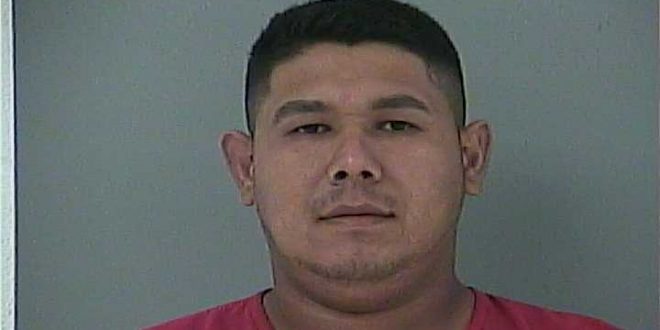 Police in Oak Ridge have identified both the the victim and the driver involved with a deadly hit-and-run crash that occurred early Tuesday morning.

As we reported Tuesday, the incident occurred at around 7 am Tuesday on the Turnpike between Brussells and Bologa Roads in east Oak Ridge, and lanes were shut down and traffic re-routed around the scene until shortly before noon while investigators collected evidence and cleared the scene.

Later in the day, the ORPD identified the man who was struck and killed as 48-year-old Donny L. McGhee of Knoxville.

Tuesday night, police announced that they had identified, and arrested a suspect in connection to the crash. The suspect is identified as 28-year-old Christian Ariel Ordonez-Alvarenza of Oak Ridge. In a press release, investigators say they have charged him with leaving the scene of a crash involving a death, driving while unlicensed, filing a false police report, and tampering with evidence.

As of this morning (Wednesday, August 12th), he remained in custody on bonds totaling $45,000, and a hold has been placed on him from an outside agency, although the Anderson County Jail website does not indicate which agency requested that he be held.

Very few details have been made public about the crash, but as information becomes available, we will pass it along to you.

Jim Harris has been WYSH's News & Sports Director since 2000. In addition to reporting local news, he is the play-by-play voice for Clinton High School football, boys' and girls' basketball and baseball. Catch Jim live weekdays beginning at 6:20 am for live local news, sports, weather and traffic plus the Community Bulletin Board, shenanigans with Ron Meredith and more on the Country Club Morning Show on WYSH & WQLA. Jim lives in Clinton with his wife Kelly and daughter Carolina, his mother-in-law and cats Lucius and Oliver.
Previous CCSO continues aggressive drug enforcement efforts
Next T.L. Johnson, 83, of Lake City