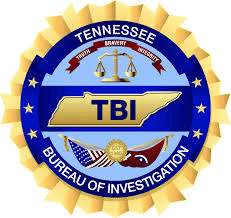 Friday, the TBI identified the man whose body was found in Caryville Thursday morning as a 27-year-old Caryville man.

The body was discovered in the 100 block of Pike Lane Thursday morning, and the TBI and 8th Judicial District Drug Task Force began investigating immediately.

Friday, authorities identified the man as 27-year-old Derrick Wayne Wilhoit. His body has been sent for an autopsy to determine how he died. At this time, few details have been released and officials described the investigation as open and ongoing.

Jim Harris has been WYSH's News & Sports Director since 2000. In addition to reporting local news, he is the play-by-play voice for Clinton High School football, boys' and girls' basketball and baseball. Catch Jim live weekdays beginning at 6:30 am for live local news, sports, weather and traffic plus the Community Bulletin Board, shenanigans with Ron Meredith and more on the Country Club Morning Show on WYSH. Jim lives in Clinton with his wife Kelly and daughter Carolina, and cats Oliver, Bow and Libby.
Previous XFS: Brandon Jones storms to win on final lap
Next No injuries reported, but house destroyed in early-morning fire