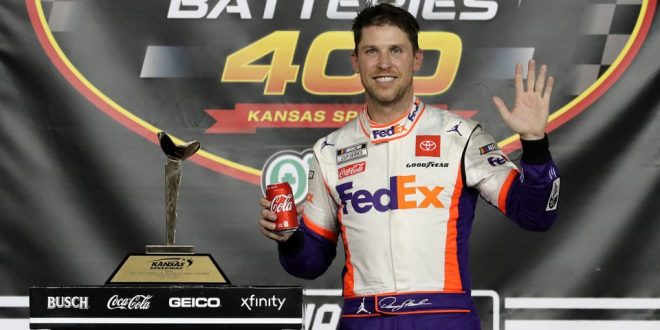 After a wild restart on Lap 246, Hamlin passed Harvick for the lead on Lap 255 of 267 and held off a late charge from Keselowski to score his NASCAR Cup Series-best fifth victory of the season, his third at Kansas and the 42nd of his career.

Hamlin led four times for a race-high 57 laps to rebound from three sub-par finishes in what otherwise has been a stellar season for the No. 11 Joe Gibbs Racing Toyota team.

Moments after the final restart, Harvick made a deft move to slip past Hendrick Motorsports teammates William Byron and Alex Bowman. Hamlin followed and started to close the gap by running the top lane on the 1.5-mile track. Harvick’s car was too loose to take Hamlin’s line, and after chasing for eight laps, Hamlin made the pass for the lead with relative ease.

Keselowski followed Hamlin past Harvick, and Truex soon followed to secure the third position. Truex led 44 laps and Keselowski 30 in a race that featured a surfeit of action, as the 11 cautions implied.

For a complete wrap-up of Thursday’s race, follow this link to NASCAR.com.

Jim Harris has been WYSH's News & Sports Director since 2000. In addition to reporting local news, he is the play-by-play voice for Clinton High School football, boys' and girls' basketball and baseball. Catch Jim live weekdays beginning at 6:20 am for live local news, sports, weather and traffic plus the Community Bulletin Board, shenanigans with Ron Meredith and more on the Country Club Morning Show on WYSH & WQLA. Jim lives in Clinton with his wife Kelly and daughter Carolina, his mother-in-law and cats Lucius and Oliver.
Previous Census update: Anderson response rate well above state, national averages
Next OR School Board OKs staggered schedules for return to class 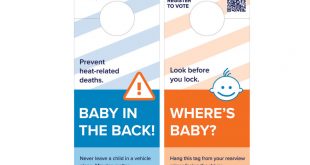 (Secretary of State Tre Hargett press release) This week, the office of the Secretary of …