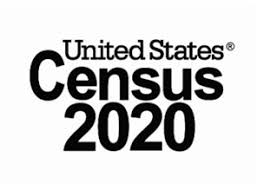 The U.S. Census Bureau announced that it will begin emailing households in low-responding areas to encourage them to respond to the 2020 Census.

Millions of emails will be sent this week and then grow in numbers and continue into September. These emails supplement a final campaign reminding people to respond to the 2020 Census on their own, as census takers begin asking households to respond to the census.

The messages alert households in low-response areas that time is running out and their response to the 2020 Census is important for their communities. The email messages will invite people to respond online at www.2020census.gov. People who receive the email and haven’t already responded should click on the link provided and complete the census online. It’s easy, safe and important.

Nationwide, 62.7% of Americans had completed the Census, either by mail or online, as of July 28th. Tennessee’s response rate comes in at 62.1%.

Anderson County’s response rate has stayed strong at 66.2%, with Oak Ridge’s rate of 69.1% leading among its cities. All five of the communities specifically identified by the Census Bureau in Anderson County have response rates above 50%. Clinton’s rate is 68.2%, with Oliver Sprimgs at 63.3%, Norris at 63.1 and Rocky Top (still listed as ‘Lake City’) has a response rate of 50.5%.

Roane County’s Census response rate is 61.7%. 67.9% of Kingston residents have completed the survey, easily outpacing the 57% response rate in Rockwood, and Harriman’s 55.1% rate.

56.9% of Morgan County residents have already responded to the Census. Among Morgan County communities, Oakdale has a response rate of 55.7%, while Wartburg comes in at 51.6% and Sunbright at only 48.7%.

The emails will go to all households that the Census Bureau has contact information for in census block groups with a response rate lower than 50%. This will include households who may have already responded. In total, the Census Bureau expects to email more than 20 million households in these low-responding areas.

The email messages will come from [email protected],  and will give recipients the option to opt out of receiving future messages. The Census Bureau is also considering sending text messages to areas that have low response.

Jim Harris has been WYSH's News & Sports Director since 2000. In addition to reporting local news, he is the play-by-play voice for Clinton High School football, boys' and girls' basketball and baseball. Catch Jim live weekdays beginning at 6:20 am for live local news, sports, weather and traffic plus the Community Bulletin Board, shenanigans with Ron Meredith and more on the Country Club Morning Show on WYSH & WQLA. Jim lives in Clinton with his wife Kelly and daughter Carolina, his mother-in-law and cats Lucius and Oliver.
Previous Economy shrinks at record pace in 2Q 2020; State releases unemployment data
Next TN Secretary of State reminds voters time running out in early voting