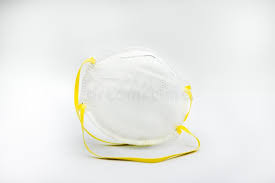 EDITOR’S NOTE: This story has been updated to include Mayor Frank’s remarks to WYSH Tuesday morning as well as the press release issued by her office.

Anderson County Mayor Terry Frank says that she will not issue a directive requiring people to wear masks to slow the spread of COVID-19.

Mayor Frank says that a mask requirement is not something she feels is necessary at this time, and that by utilizing the other guidelines that have been issued by state and federal health officials, Anderson Countians can still slow the spread of the virus.

This morning, Mayor Frank told WYSH that “there are many ways to follow the guidance and, again the mask is not the 100% cure-all. It’s washing your hands, not coming to work and being with a group of people when you’re sick, it’s safe distancing, like not sitting next to one another on the picnic bench at the work break, you are six feet apart. There are lots of ways to defeat this, the mask is not the only answer.”

Following the issuance of Executive Order 54 by Governor Bill Lee, Anderson County Mayor Terry Frank announced that she would not exercise the authority of a mandate to wear face coverings.

“The people of Anderson County have been doing a wonderful job following the Governor’s guidance and I often express how proud I am of the job they’ve been doing throughout this COVID-19 pandemic.  I trust and respect the people of Anderson County and I believe it is through encouraging healthy behaviors, promoting prevention, and praising each other that we achieve the greatest health outcomes,” stated Mayor Frank.

Under T.C.A. § 58-2-10, known as the emergency management powers of the Governor, the “governor is authorized to delegate such powers as the governor may deem prudent.” In this particular case, Executive Order 54 notes in Section 2 that this delegation of authority to county mayors and executives is specific only to the issuing of “orders concerning face coverings.”

In April, the State of Tennessee Office of the Attorney General issued Opinion No. 20-07, that “the Governor’s directives in response to an emergency supersede and preempt any action taken by political subdivisions of the State. Absent an express delegation of power by the Governor, local governmental entities may not take actions that are more restrictive or less restrictive with respect to the subjects addressed in the Governor’s executive orders governing the State’s emergency response to COVID-19.“

“I have been greatly distressed by the division caused by the idea of policing our friends, family, and neighbors. Policy — in whatever community crisis – that pits neighbor against neighbor is not good policy.  COVID-19 should not be a law enforcement issue, but like other public health issues, is best served by continuing to create a community of prevention, healthy behavior and constant analysis of our health systems to ensure people are able to get the medical care they need,” continued Mayor Frank.

“I appreciate the trust the Governor has in county mayors and executives. I am thankful for his hard work leading us through this crisis and especially, the work of the Commissioner of Health, Dr. Lisa Piercey, and our network of local health departments,” stated Frank.

Jim Harris has been WYSH's News & Sports Director since 2000. In addition to reporting local news, he is the play-by-play voice for Clinton High School football, boys' and girls' basketball and baseball. Catch Jim live weekdays beginning at 6:20 am for live local news, sports, weather and traffic plus the Community Bulletin Board, shenanigans with Ron Meredith and more on the Country Club Morning Show on WYSH & WQLA. Jim lives in Clinton with his wife Kelly and daughter Carolina, his mother-in-law and cats Lucius and Oliver.
Previous Robert James Roberson, 77, of Powell
Next TBI releases 2019 hate crime, violence against law enforcement data