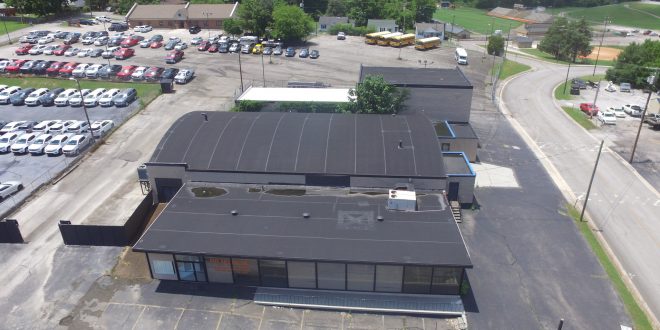 Following up on a story that we brought you Wednesday, the winning bidder for the property at 205 Main Street in Clinton has backed out of the deal, adding yet another chapter to the ill-fated purchase of the building by the county in 2017.

Nicholas Burton’s bid of $400,100 was recommended for approval Monday by the Anderson County Purchasing Committee, but within 48 hours, he notified county leaders that he would not be purchasing the property. Instead, Rusty Wallace Chevrolet, which submitted the other sealed bid of $300,000, will likely have the opportunity to purchase the building at that price.

This development is just the latest twist in the saga of the former events center, which was purchased for $600,000 in November of 2017 for use as a senior center following a vote by the County Commission. Shortly after moving into the newly-acquired building, however, officials discovered numerous issues, including mold, that prevented it from being used as a senior center. Since then, the county has found and purchased a building better suited for that purpose at 96 Mariner Point Drive in Clinton for $500,000, and the Office on Aging is preparing to move into their new digs sometime later this year, although the time frame for closing on the purchase and the move are still up in the air, due largely to the COVID-19 pandemic.

The county has tried for years to either sell the building or find a governmental use for it, to no avail.

If the County Commission votes to accept the Rusty Wallace bid, it will sustain a financial loss on the transaction, but will also close the door on what can only be described as an embarrassing chapter in Anderson County’s history.

The Commission will meet electronically on Monday, May 18th, at 6:30 pm.

Jim Harris has been WYSH's News & Sports Director since 2000. In addition to reporting local news, he is the play-by-play voice for Clinton High School football, boys' and girls' basketball and baseball. Catch Jim live weekdays beginning at 6:20 am for live local news, sports, weather and traffic plus the Community Bulletin Board, shenanigans with Ron Meredith and more on the Country Club Morning Show on WYSH & WQLA. Jim lives in Clinton with his wife Kelly and daughter Carolina, his mother-in-law and cats Lucius and Oliver.
Previous Congratulations (again) to Praise 96.3 FM
Next Single, secure entrance to Courthouse to be considered