(MRN) NASCAR released its next wave of races in the realigned 2020 schedule on Thursday, locking in the next five NASCAR Cup Series races that begin after the May 27 event at Charlotte Motor Speedway and go through mid-June.

Five NASCAR Xfinity Series events and two NASCAR Gander RV & Outdoors Truck Series races were confirmed as well. All of these rescheduled events will be held without fans in attendance as restrictions and safeguards related to the coronavirus pandemic remain in effect.

Races at Bristol Motor Speedway, Atlanta Motor Speedway, Martinsville Speedway, Homestead-Miami Speedway and Talladega Superspeedway – all tracks which saw their races postponed due to the novel coronavirus, and all tracks within driving distance of the Charlotte, North Carolina-based shops – complete the schedule through June 21.

“As we prepare for our return to racing at Darlington Raceway on Sunday, the industry has been diligent in building the return-to-racing schedule,” said Steve O’Donnell, NASCAR executive vice president and chief racing development officer. “We are eager to expand our schedule while continuing to work closely with the local governments in each of the areas we will visit. We thank the many government officials for their guidance, as we share the same goal in our return – the safety for our competitors and the communities in which we race.”

In addition, NASCAR announced the postponement of events at Kansas Speedway (May 30-31); Michigan International Speedway (June 5-7), plus stand-alone events for the NASCAR Xfinity Series at Mid-Ohio (May 30) and the Gander Trucks at Texas Motor Speedway (June 5).

All national series events and a NASCAR Whelen Modified Tour race scheduled for Iowa Speedway this season have been canceled. The NASCAR Xfinity race at the .875-mile Iowa track that was scheduled for June 13 has been reassigned to Homestead-Miami Speedway for Sunday, June 14. NASCAR officials indicated that the realignment of Iowa Speedway’s other national-series events will be announced at a later date.

NASCAR officials continue to collaborate with public health officials, medical experts and local, state and federal officials to create a comprehensive plan to ensure the health and safety of competitors and surrounding communities at the above events. All races will be strictly tailored, in every way, to follow specific guidelines set by the Centers for Disease Control and Prevention.

Event procedures will be significantly modified in accordance with CDC, OSHA and state and local government recommendations – including hosting one-day shows at the above tracks, which are all within driving distance of North Carolina race shops to minimize travel and time spent in a community.

Other adjustments include mandating the use of protective equipment, health screenings for all individuals before entering the facility and maintaining social distancing protocols throughout the event.

The announcement comes days before the return to racing on May 17 at Darlington Raceway.

NASCAR announced its revised schedule for May two weeks ago, a stretch that includes seven national series races – four of them NASCAR Cup Series events – in an 11-day stretch among two tracks, Darlington and Charlotte Motor Speedway.

Jim Harris has been WYSH's News & Sports Director since 2000. In addition to reporting local news, he is the play-by-play voice for Clinton High School football, boys' and girls' basketball and baseball. Catch Jim live weekdays beginning at 6:20 am for live local news, sports, weather and traffic plus the Community Bulletin Board, shenanigans with Ron Meredith and more on the Country Club Morning Show on WYSH & WQLA. Jim lives in Clinton with his wife Kelly and daughter Carolina, his mother-in-law and cats Lucius and Oliver.
Previous Learn to code with new Harriman Library program
Next Starting lineup set for NASCAR’s return Sunday on WYSH 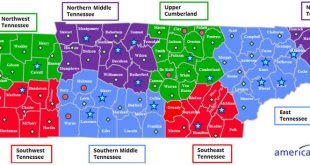 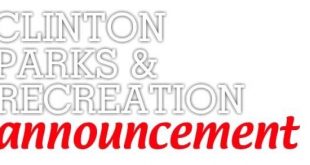