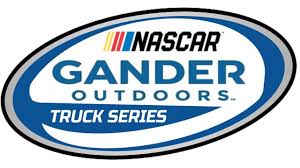 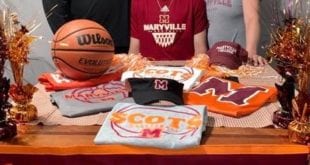 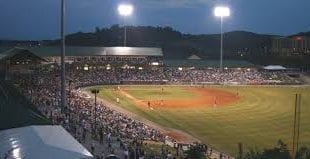 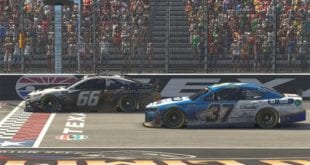 (MRN) It’s easy to spot a trend where Kyle Busch is concerned.

Put Busch in one of his own Kyle Busch Motorsports trucks, and he’s all but certain to win. That’s been the case for seven straight starts in the NASCAR Gander RV & Outdoors Truck Series, counting Friday night’s victory in the Strat 200 at Las Vegas Motor Speedway, his home track.

Busch led seven times for 108 of the 134 laps in the 200-mile race. About the only difficulty he had was clearing Sheldon Creed on consecutive restarts in the final stage of the race. But five laps into a run, Busch was gone.

Busch started his seven-race streak in 2018 at Pocono. He won all five of his Gander Trucks starts last year and started 2020 with the hometown victory.

After the last restart on Lap 96, Busch pulled out to a lead of more than 7.8 seconds over polesitter and race runner-up Johnny Sauter. His winning margin over Sauter was 5.958 seconds. The victory was Busch’s 57th, extending his own record in the series, and his third straight at LVMS.

Jim Harris has been WYSH's News & Sports Director since 2000. In addition to reporting local news, he is the play-by-play voice for Clinton High School football, boys' and girls' basketball and baseball. Catch Jim live weekdays beginning at 6:20 am for live local news, sports, weather and traffic plus the Community Bulletin Board, shenanigans with Ron Meredith and more on the Country Club Morning Show on WYSH & WQLA. Jim lives in Clinton with his wife Kelly and daughter Carolina, his mother-in-law and cats Lucius and Oliver.
Previous XFS: Briscoe wins first race of season
Next Ryan Newman releases statement

On Monday March 24, Governor Lee extended the statewide school closure to April 24, 2020 due to …