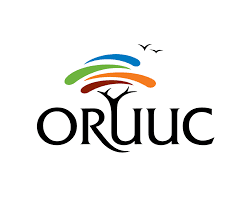 Following up on an interview we conducted in December on “Ask Your Neighbor,” the Oak Ridge Unitarian Universalist Church in Oak Ridge succeeded in its fundraising efforts to allow some $4.2 million in medical debt to be erased for dozens of families in East Tennessee.

ORUUC lead minister Jake Morrill appeared on the show as the church, working with a group called RIP Medical, sought to raise money to purchase old medical debt and retire it. In just about a month, the church raised $21,000, which in turn, was matched by another organization, for a total of $42,000.

RIP Medical was founded by former debt collectors and is a non-profit group that is able to purchase eligible medical debt for pennies on the dollar. Instead of trying to collect those debts, the organization simply forgives them. For just $1, RIP Medical is able to buy $100 worth of debt, so $42,000 equals $4.2 million in actual debt.

Thanks to the efforts of the church, its members and the generosity of the community, dozens of families in Anderson, Roane and Cocke counties should be receiving letters next month telling them that the medical debt has been erased.

Two-thirds of all bankruptcies in the US stem from medical debt.

For more on the organization and medical debt forgiveness, visit www.ripmedicaldebt.org.

Jim Harris has been WYSH's News & Sports Director since 2000. In addition to reporting local news, he is the play-by-play voice for Clinton High School football, boys' and girls' basketball and baseball. Catch Jim live weekdays beginning at 6:20 am for live local news, sports, weather and traffic plus the Community Bulletin Board, shenanigans with Ron Meredith and more on the Country Club Morning Show on WYSH & WQLA. Jim lives in Clinton with his wife Kelly and daughter Carolina, his mother-in-law and cats Lucius and Oliver.
Previous ORT: Claxton man facing federal drug, weapons charges
Next Rockwood man, 18, struck by train