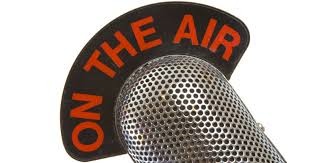 The Clinton at Powell basketball doubleheader originally scheduled to be played on Tuesday, but had to be postponed due to inclement weather, has been rescheduled for tonight (Wednesday, December 11th) , with the girls’ varsity tipping off at 6:00 and the boys 15 minutes after the conclusion of the girls’ game.

Tune in for live updates from Powell during Trading Time Primetime and stick around for complete play-by-play coverage on the Fox & Farley Full Court Press.

Jim Harris has been WYSH's News & Sports Director since 2000. In addition to reporting local news, he is the play-by-play voice for Clinton High School football, boys' and girls' basketball and baseball. Catch Jim live weekdays beginning at 6:20 am for live local news, sports, weather and traffic plus the Community Bulletin Board, shenanigans with Ron Meredith and more on the Country Club Morning Show on WYSH & WQLA. Jim lives in Clinton with his wife Kelly and daughter Carolina, his mother-in-law and cats Lucius and Oliver.
Previous Campbell man sentenced to 36 years
Next Maria Teresa Negron Irizarry, age 90, of Kingston