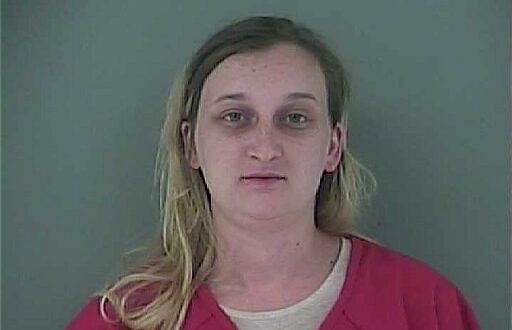 Police responded to an apartment on Utica Circle at around 2:15 the morning of November 22nd, on a report of an assault. Once they arrived, they found the victim, Skylar Patterson, lying on a couch “bleeding profusely from his abdomen,” according to our partners at Oak Ridge Today, citing police affidavits. Patterson and other witnesses identified his assailant as 23-year-old Stephanie Shinlever, described in court documents as Patterson’s ex-girlfriend. Patterson, according to an Oak Ridge Police press release, was transported to UT Medical Center in Knoxville for treatment of stab wounds to his abdomen, arm and leg. The ORPD says he was treated for those injuries and has since been released from the hospital.

Officers searched several locations for both the suspect and the knife, finding Shinlever walking down a sidewalk near the McKenzie Acres apartment complex and taken into custody. During questioning, Shinlever told police that she “had blacked out and [did] not recall any of the incident,” according to Oak Ridge Today, which also reports that she told investigators she had gotten rid of the knife after leaving Patterson’s apartment.

As of Wednesday morning, Shinlever remained in custody at the Anderson County Jail on bonds totaling $125,000, charged with attempted murder and tampering with evidence.

Jim Harris has been WYSH's News & Sports Director since 2000. In addition to reporting local news, he is the play-by-play voice for Clinton High School football, boys' and girls' basketball and baseball. Catch Jim live weekdays beginning at 6:20 am for live local news, sports, weather and traffic plus the Community Bulletin Board, shenanigans with Ron Meredith and more on the Country Club Morning Show on WYSH & WQLA. Jim lives in Clinton with his wife Kelly and daughter Carolina, his mother-in-law and cats Lucius and Oliver.
Previous Repairs continue at bridge replacement site
Next Baby Grayson Heath Lafomboise