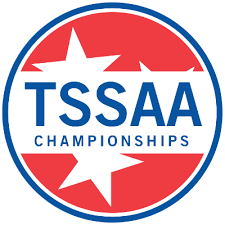 High School Football: Round 2 in the books

High school football playoffs continued on Friday with second-round action across the state.

Locally, in Class 4A, Greeneville once again proved to be the Anderson County Mavericks’ kryptonite, as they knocked the Mavs out of the playoffs for a third consecutive year, this time by a score of 24-7 at Mavericks Stadium. AC scored first, but were undone by three turnovers, including an interception returned for a touchdown just before halftime that gave the Green Devils a lead they would never relinquish. Anderson County’s season ended with a record of 10-2, while Greeneville earned another shot at top-ranked Elizabethton, which crushed Sullivan South on Friday by by the score of 49-7.

In Class 5A, Powell remained unbeaten as they eliminated Rhea County, 34-16, while West knocked Oak Ridge out of the playoffs, 34-14, in Knoxville. The Wildcats’ season concludes with a record 6-6. West will travel to Powell in a rematch of their regular season matchup, a 21-20 Panther victory in overtime.

On the other side of the 5A bracket, South-Doyle beat Daniel Boone 28-12 and Central paid Gibbs back for a loss in the final game of the regular season by pounding the Eagles 49-7. That sets up a rematch of a game from earlier this year, won by South-Doyle, that decided the Region 2 regular season champion.

In Class 1A, the Oliver Springs Bobcats dominated on the road, shutting out Cloudland 29-0, to improve to 10-2 and advance to the state quarterfinals. There, the Bobcats will find Greenback waiting, as the Cherokees dispatched Coalfield 56-16, ending the Yellow Jackets’ season at 8-4. Oliver Springs plays at Greenback Friday night at 7 pm.

In Class 2A, Oneida won a nail-biter at Hampton, 14-12, and will travel to Decatur to face Meigs County, who cruised past South Greene 39-7.

In Class 3A, Alcoa whitewashed Gatlinburg-Pittman 58-0, while Austin-East ended Kingston’s season at 7-5 with a 48-21 victory. The Roadrunners travel to Alcoa Friday in one quarterfinal, while Loudon—41-7 winners over Smith County in round two—plays host to Red Bank.

In Class 6A, Dobyns-Bennett doubled up Bearden, 28-14, while Maryville dominated Farragut, 42-0. Maryville hits the road for Kingsport Friday night in quarterfinal action.

Jim Harris has been WYSH's News & Sports Director since 2000. In addition to reporting local news, he is the play-by-play voice for Clinton High School football, boys' and girls' basketball and baseball. Catch Jim live weekdays beginning at 6:20 am for live local news, sports, weather and traffic plus the Community Bulletin Board, shenanigans with Ron Meredith and more on the Country Club Morning Show on WYSH & WQLA. Jim lives in Clinton with his wife Kelly and daughter Carolina, his mother-in-law and cats Lucius and Oliver.
Previous MECS: Busch wins second Cup Series crown
Next 72-year-old woman charged with stabbing husband in murder attempt 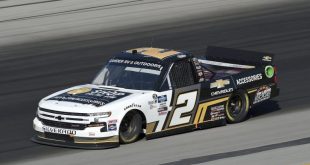 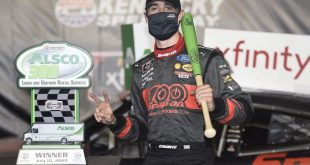