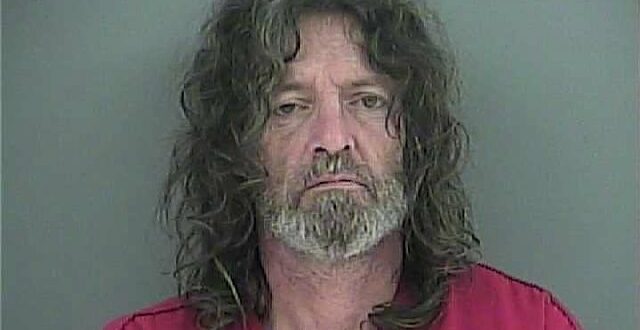 ORT reports that 52-year-old Charles Edward Mason, who has been in custody since his arrest following the April incident on Black Oak Road, is now facing federal charges of being a felon in possession of a firearm, possession of a firearm in the commission of a felony and with possession with intent to distribute meth. He pleaded not guilty in US District Court in Knoxville this week, according to ORT, and will appear in federal court again later this year on those charges.

Mason is accused of pointing a revolver at two deputies and pulling the trigger two or three times during the April incident. Fortunately, the gun did not fire, and the deputies were not injured. Mason’s shirt had gotten stuck between the hammer and firing mechanism, according to Oak Ridge Today’s reporting.

Mason has previously pleaded guilty to two homicides, of one stepfather in Knox County, Kentucky in 1994 and of another stepfather in Anderson County in 2010.

Mason, who has been at the Anderson County Detention Facility in Clinton, will remain in federal custody pending further court proceedings.

Jim Harris has been WYSH's News & Sports Director since 2000. In addition to reporting local news, he is the play-by-play voice for Clinton High School football, boys' and girls' basketball and baseball. Catch Jim live weekdays beginning at 6:20 am for live local news, sports, weather and traffic plus the Community Bulletin Board, shenanigans with Ron Meredith and more on the Country Club Morning Show on WYSH & WQLA. Jim lives in Clinton with his wife Kelly and daughter Carolina, his mother-in-law and cats Lucius and Oliver.
Previous State unemployment down in September
Next Norris Lions Club Turkey Shoot returns in November