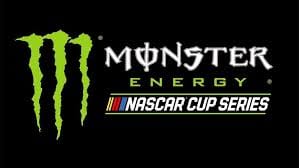 MECS: Blaney edges Newman for win at Talladega, berth in Round of 8

(MRN) Ryan Blaney edged Ryan Newman for the win in the 1000Bulbs.com 500 at Talladega Superspeedway to advance to the Round of 8 in the Monster Energy Cup Series Playoffs.

After the race was postponed to Monday due to rain with 57 laps complete, Blaney survived three big multi-car accidents to take checkered flag by 0.007 seconds – the sixth-closest finish in series history – over Newman. He also spun coming to pit road on Sunday.

“We spun out early yesterday and missed some big ones today,” Blaney said. “We were able to weave our way through. I can’t thank Aric Almirola enough for helping me out there at the end. That big push that Newman and the 11 got I knew I wasn’t going to be able to block it. They were coming so fast and they wanted to split me. I wanted to stay to the bottom and kind of pulled the 11 off the 6 and then had a big enough run to get to the 6.”

The win was the first of the season for Blaney and the third of his career.

The frantic race to the finish followed a red flag for clean-up for a 11-car crash going into Turn 3 that saw Brendan Gaughan get upside down. Blaney led three times for 35 laps, including the final seven.

Newman’s runner-up was his best finish this season with Roush Fenway Racing and it tied his best Talladega finish.

“We just came up that little bit short,” Newman said. I don’t know what else to say. I could have pinched him some more. I could have probably took the aero. You can go back and bench race that three weeks from now. It was a good race until the end.

Denny Hamlin came on strong in the end after rebounding from a speeding penalty on Lap 91, and a lap down, to finish third with a damaged Toyota.

Alex Bowman (-18), Chase Elliott (-22), Clint Bowyer (-24) and William Byron (-27) are the four drivers below the cutline heading to the elimination race next Sunday at Kansas Speedway.

Drivers in BOLD clinched spot in Round of 8

Jim Harris has been WYSH's News & Sports Director since 2000. In addition to reporting local news, he is the play-by-play voice for Clinton High School football, boys' and girls' basketball and baseball. Catch Jim live weekdays beginning at 6:20 am for live local news, sports, weather and traffic plus the Community Bulletin Board, shenanigans with Ron Meredith and more on the Country Club Morning Show on WYSH & WQLA. Jim lives in Clinton with his wife Kelly and daughter Carolina, his mother-in-law and cats Lucius and Oliver.
Previous Madlyn Delaney Rhyne, age 17, of Powell
Next OR Community Band to salute veterans 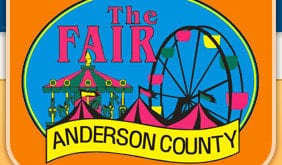