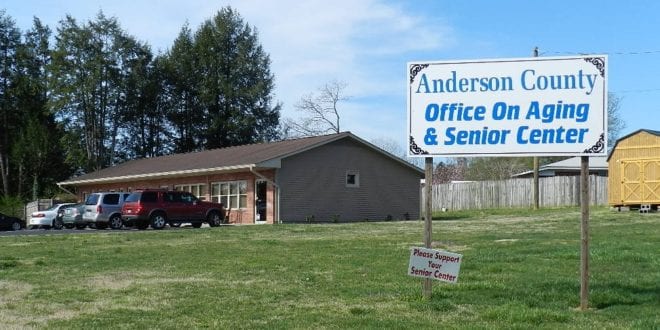 Monday night, the Anderson County Commission voted to authorize the County Mayor to open negotiations with Clinton City Manager Roger Houck in order to “obtain firm costs on maintenance and improvement needs, any ADA needs, and a firm offer on what costs would be shared between the city and the county if the county uses the Armory as a senior center.” Commissioner Robert McKamey made the motion in response to Clinton Mayor Scott Burton’s presentation to the Operations Committee last week to lease the Armory to the county for $1 a year for use as a Senior Center. The property would not come available until the Roane State Community College’s Mechatronics program vacates the Armory upon completion of the Clinton TCAT facility. Some questions have arisen about the city’s offer and McKamey’s motion sought clarity on exactly who would be responsible for what. There are also still questions about what impact having to close down and move the Senior Center’s operations during the annual Anderson County Fair would have on the grant funding that keeps the Office on Aging afloat, especially after an ETHRA representative sent Mayor Terry Frank a letter indicating that the possible “interruption in service could put the grant funding in jeopardy because the state and federal service expectations require 12 months of ongoing operations.”

McKamey’s motion also addresses the recent offer from Faith Promise Church to seel its former home at the entrance to Mariner Point subdivision to the county for a senior center at a cost of $500,000, by asking the Commission to authorize the transfer of funds donated to the Senior’s building fund in the amount of $3000 so that the mayor may “obtain an ainspection and appraisal” of the building. The motion also requests that the mayor get utility data for both properties and any other costs associated with their operation, and to set up dates for tours of both facilities.

In light of the botched purchase of 205 Main in Clinton, which was made for $600,000 after Commissioners were told the property had been inspected when it hadn’t, some commissioners appeared to be lukewarm on the idea of moving forward with any purchase, but in the end, voted to approve McKamey’s motion.

Jim Harris has been WYSH's News & Sports Director since 2000. In addition to reporting local news, he is the play-by-play voice for Clinton High School football, boys' and girls' basketball and baseball. Catch Jim live weekdays beginning at 6:20 am for live local news, sports, weather and traffic plus the Community Bulletin Board, shenanigans with Ron Meredith and more on the Country Club Morning Show on WYSH & WQLA. Jim lives in Clinton with his wife Kelly and daughter Carolina, his mother-in-law and cats Lucius and Oliver.
Previous Anderson Commission OKs $1.9M in capital outlay spending
Next GSMNP lifts backcountry fire ban