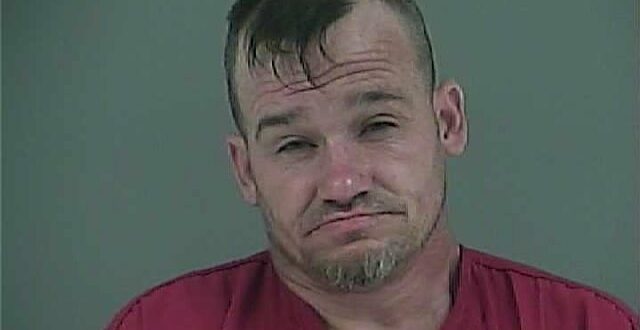 Nailed! Man arrested after holding woman hostage with a hammer

Anderson County Sheriff’s deputies arrested a man Wednesday afternoon after he allegedly held a woman hostage with a hammer inside a Powell residence.

Deputies responded to the 100 block of Bison Court shortly before 3:45 pm Wednesday after bail bondsmen trying to take 44-year-old Rickey Moore into custody on a pair of oustanding warrants called 911 and reported that the man had charged at them with a hammer, according to a press release from the ACSD. The bondsmen also reported that Moore was holding a woman hostage with the hammer.

Before deputies arrived on the scene, the bond agents fired a pepper ball gun which deployed CX Gas, which is similar to tear gas, to try and get Moore out of the home, but he still refused to surrender. Deputies donned gas masks and went inside, where they found Moore holding the woman against a wall. Deputies freed the woman and Moore briefly resisted being taken into custody.

In addition to the two outstanding warrants, Moore now faces an additional three counts of aggravated assault as well as charges of domestic assault and resisting arrest.

Jim Harris has been WYSH's News & Sports Director since 2000. In addition to reporting local news, he is the play-by-play voice for Clinton High School football, boys' and girls' basketball and baseball. Catch Jim live weekdays beginning at 6:20 am for live local news, sports, weather and traffic plus the Community Bulletin Board, shenanigans with Ron Meredith and more on the Country Club Morning Show on WYSH & WQLA. Jim lives in Clinton with his wife Kelly and daughter Carolina, his mother-in-law and cats Lucius and Oliver.
Previous ORPD investigator recognized with state award
Next McNally announces state Building Commission approval of design for Anderson TCAT