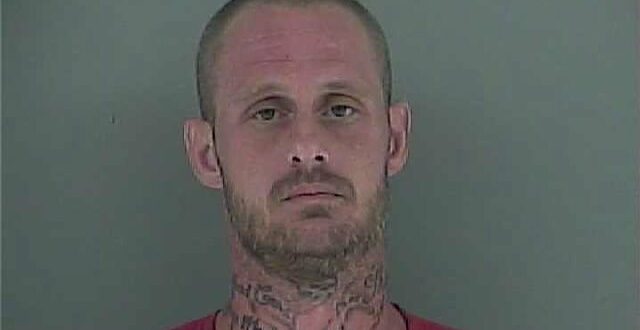 A man wanted in two states was arrested in Clinton last week, according to records made available this week.

Clinton Police were notified by the Columbia County Sheriff’s Office in Florida on Tuesday, September 17th that a man identified as Shawn Allen Grant, a wanted fugitive, was in Clinton. Authoirities in the Sunshine State described him as “dangerous,” and told local officials that he had absconded from probation and fled the state. Records indicate that he was on probation in Florida for being a convicted felon in possession of a firearm.

Friday afternoon (9/20), an officer on patrol on Hiway Drive in South Clinton spotted Grant washing a car at Reflections Car Wash. When Grant spotted officers, he tried to flee on foot but was quickly apprehended. After Grant was taken into custody, police learned he was also wanted in Michigan on drug possession charges and that there was a nationwide extradition listed for both Michigan and Florida.

The owner of the car wash, according to the arrest report, told officers that she knew Grant was wanted in two states, but “wanted to help him out by giving him a place to stay and work.”

As of this morning, he remained in custody at the Anderson County Jail awaiting extradition.

Jim Harris has been WYSH's News & Sports Director since 2000. In addition to reporting local news, he is the play-by-play voice for Clinton High School football, boys' and girls' basketball and baseball. Catch Jim live weekdays beginning at 6:20 am for live local news, sports, weather and traffic plus the Community Bulletin Board, shenanigans with Ron Meredith and more on the Country Club Morning Show on WYSH & WQLA. Jim lives in Clinton with his wife Kelly and daughter Carolina, his mother-in-law and cats Lucius and Oliver.
Previous 13th annual Louie Bluie Festival is Saturday
Next Friends of the Clinton Public Library announce fall Book Sale