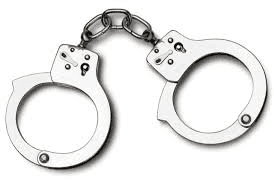 A Clinton man wanted on an active warrant was taken into custody on that warrant and new charges on Sunday morning after he fled from Sheriff’s deputies.

Anderson County Sheriff’s Deputy Ronald Shawn Williams reported that he and another deputy, Corporal Jonathan Acker, were on their way to a home on Moody Hollow Road to serve an active warrant on a man identified as 26-year-old Matthew Memmer just after 10:15 am Sunday. As the deputies approached the house, a small red pickup pulled out of the driveway, the driver of which Williams identified as Memmer. Acker activated his lights and siren and tried to pull the truck over, but Memmer jumped out of the still-moving Chevy S10 at where Moody Hollow meets Mehaffey Road. The pickup crashed into a ditch and Memmer fled on foot into the woods, where he was tracked by Acker and his K9 partner, Bronco.

Memmer was found hiding in Bull Run Creek, and as Acker and the dog approached him, he began to swim away. Both Acker and Bronco jumped into the water to give chase, and Acker ordered Memmer to stop and to swim back to him or else he would be bitten. That was enough for Memmer, apparently, as he turned around and surrendered without further incident.

Memmer was jailed on the outstanding warrant and will also face a new charge of felony evading arrest.

Jim Harris has been WYSH's News & Sports Director since 2000. In addition to reporting local news, he is the play-by-play voice for Clinton High School football, boys' and girls' basketball and baseball. Catch Jim live weekdays beginning at 6:20 am for live local news, sports, weather and traffic plus the Community Bulletin Board, shenanigans with Ron Meredith and more on the Country Club Morning Show on WYSH & WQLA. Jim lives in Clinton with his wife Kelly and daughter Carolina, his mother-in-law and cats Lucius and Oliver.
Previous Two of AC’s finest graduate from Academy
Next Clinton says fiber optics work being performed