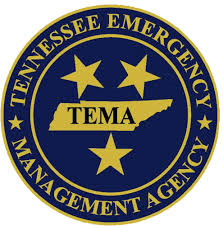 As we have been reminding you, residents of LaFollette and Campbell County who experienced damage from the flooding brought about by Friday’s torrential rainfalls need to report their damage to LaFollette City Hall by noon on Wednesday, June 12th (tomorrow). Local officials are currently working with state and federal emergency management personnel to assess the damage done in order to determine if the county will be eligible for disaster relief funding.

So, if you suffered flood damage to a home, business, place of worship, vehicle, shed, detached garage, porch, whatever it is, please call 423-562-4961 by noon on Wednesday so that your damage can be added to the initial report. As we have learned recently, communities must meet minimum damage thresholds to qualify for assistance through FEMA and TEMA.

Friday’s rain inundated parts of Campbell County and downtown LaFollette, sending rushing water into homes, businesses, churches and even in to the city’s police and fire stations, where several cruisers were reported to have been submerged under the flood waters. Damage is described as extensive in LaFollette. Several buildings inside the city limits were condemned Monday, after inspectors determined that they were unsafe for people to be inside.

Faith Way Assembly of God was basically destroyed by the flooding, and members it will need to be torn down and a new building constructed.

More than two dozen people were also rescued from a secret facility for domestic abuse victims when the water began rising. Many of those people seeking shelter from domestic abuse situations were carried to safety by boat. They have since been relocated to another secret location.

The area surrounding Long Hollow Road appears to have borne the brunt of almost seven inches of rain in just about two hours. County road crews are still out assessing damage done to roadways, roadside ditches and bridges. Officials say that there are some 30 miles of roadways in Demory and Long Hollow that will need to be repaired, and that over 100 mudslides of varying sizes have been reported, with more being found as crews continue their assessments. In addition, at least six bridges in Campbell County suffered some sort of damage and one was destroyed by the fast-moving flood waters. Huge piles of debris left behind by receding flood waters and mudslides are also occupying officials’ attention as the cleanup continues.

TEMA and FEMA officials are already on the ground assessing the damage, and again we remind you of the importance of reporting any flood damage you may have suffered to LaFollette City Hall by calling 423-562-4961 before noon on Wednesday.

Jim Harris has been WYSH's News & Sports Director since 2000. In addition to reporting local news, he is the play-by-play voice for Clinton High School football, boys' and girls' basketball and baseball. Catch Jim live weekdays beginning at 6:20 am for live local news, sports, weather and traffic plus the Community Bulletin Board, shenanigans with Ron Meredith and more on the Country Club Morning Show on WYSH & WQLA. Jim lives in Clinton with his wife Kelly and daughter Carolina, his mother-in-law and cats Lucius and Oliver.
Previous Two fires being investigated in Anderson County
Next TBI releases reports on hate crimes and assaults on law enforcement officers