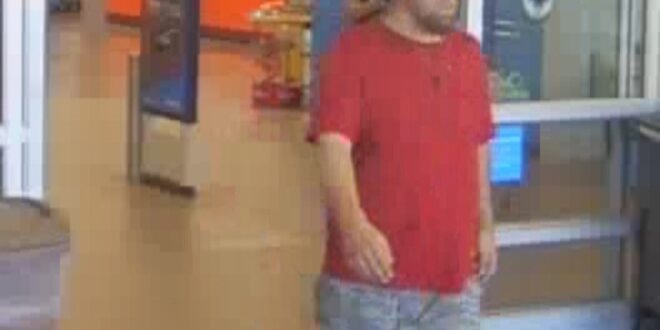 The FBI and Clinton Police are searching for a man they say robbed the bank inside the Clinton Walmart late Tuesday afternoon.

The man entered the bank at 4:15 p.m. and demanded money.

FBI agents described the suspect as a white male in his mid 30s, approximately 5-foot-9, weighing between 180-190 pounds. He may have a neck tattoo or black marking on his face and has facial hair.

Jim Harris has been WYSH's News & Sports Director since 2000. In addition to reporting local news, he is the play-by-play voice for Clinton High School football, boys' and girls' basketball and baseball. Catch Jim live weekdays beginning at 6:20 am for live local news, sports, weather and traffic plus the Community Bulletin Board, shenanigans with Ron Meredith and more on the Country Club Morning Show on WYSH & WQLA. Jim lives in Clinton with his wife Kelly and daughter Carolina, his mother-in-law and cats Lucius and Oliver.
Previous Campbell animal shelter suspends intakes until June 1st
Next Slain WWII soldier to return home to Roane County after almost 75 years